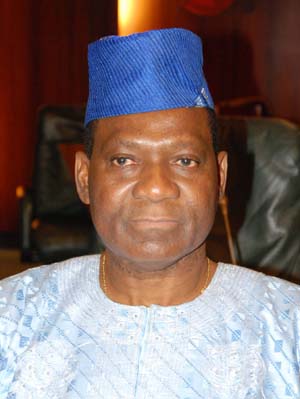 Some South African women married to Nigerians staged a peaceful protest on Friday on the streets of Johannesburg.
The women, under the aegis of the United Nigerian Wives in South Africa, said they were protesting against alleged intimidation and discrimination by the officials of the Home Affairs department.

One of the organisers, Mrs Lindehwa Uche said that the body is made up of South African women married to Nigerian citizens, under the umbrella of the Nigerian Union of South Africa (NUSA).

“South African women married to Nigerian citizens have come to realise that our marriages are nothing but fraud and corruption in the eyes of Home Affairs and Immigration officials,’’ Uche said. She said the protest was to demand for their rights as South African citizens over freedom of choice of marriage and association.

“We need to be treated with respect and dignity irrespective of our choice of marriage partners as the South African constitution provides for inherent dignity and right to ensure their dignity is protected. We want to put an end to the current situation where those of us married to Nigerians are being called names such as ‘prostitutes’, and insulted in the presence of our children, when we visit the immigration offices, to renew documents for our husbands,’’ Uche said.

She said that the South African constitution states that; the state should not unfairly discriminate directly or indirectly against anyone on one or more of the following grounds, including race, gender, sex, marital status, ethnic, disability, religion, conscience, belief, culture, language, place or circumstance of birth.

“We will like to know if this constitution is only protecting South African ladies who are married to white foreigners.This is because when they enter the Home Affairs office office the officers accord them the respect they deserve and show them care and concern in resolving their problems. hey do not discriminate against them because of their skin colour,’’ Uche said.

She said the contrary is the case when it involves Nigerians as their rights are constantly violated. “We have silently endured this ill -treatment. marriage partners should be respected and treated with dignity no matter where the come from,’’ Uche said.

She said most Nigerians were given Temporary Residence Permit (TRP) after their marriages with the promise that the permanent permit will be issue in three months.

“Those three months turn into years, and they keep telling us that the application is still pending.However the painful thing is that when our spouses having duly notified the Home Affairs department that they are travelling and are given assurance that they can travel with the TRP sticker they have, on return they are denied entry into South Africa.

In his response, Mr Khehla Miya, Mayor of Johannesburg Home Affairs Department, who collected the protest letter on behalf of the minister, said the women were exercising their constitutional and democratic rights as South African citizens.

“I want to assure you that your letter will be delivered to the minister and that in no distant time, the minister will
address your complaints,’’ Miya said.