US Consulate: Foreigner kidnapped in Lagos 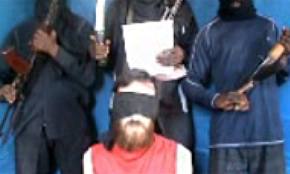 A foreigner has been kidnapped in Nigeria’s largest city of Lagos, the US consulate said on Sunday, in an alert to American citizens in the city.

The Consulate however did not provide the identity of the foreigner kidnapped and his nationality.

“The US Consulate General in Lagos received a report that an expatriate was kidnapped on Victoria Island on Saturday, March 23 at approximately 11 pm,” the consulate spokeswoman said in a message to US citizens, referring to an upscale area of Lagos.

Police in Lagos, the economic capital of some 15 million people located in the country’s southwest, could not be reached for comment.

Kidnapping of foreigners are rare in Lagos, but occasionally there have been reports of isolated cases of kidnapping, usually involving an insider or a collaborator close to the victim.

Kidnappings for ransom occur regularly in the southern oil-producing Niger Delta region and Islamist extremists have carried out abductions in the country’s north.

Victims of kidnappings in the Niger Delta and other areas of the south are usually released unharmed after payment of ransoms.

Abductions in Nigeria’s north have however had deadly results.

In addition, a British national and an Italian were killed during a botched 2012 rescue operation, as was a German the same year.

Nigerian Islamist extremist group Boko Haram is believed to currently be holding seven members of a French family abducted over the border in Cameroon.