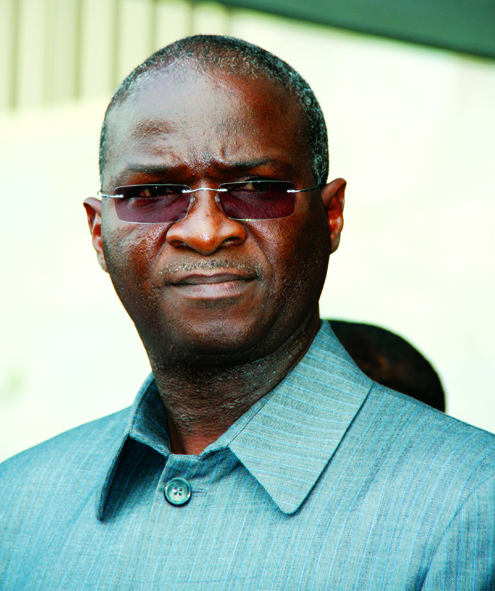 Following threats by Islamic terrorists, Boko Haram, Governor Babatunde Fashola of Lagos State has ordered evacuation of all abandoned vehicles from all motor parks in the state.

The governor also ordered all sellers of alcohol and psychotropic drugs out of motor parks in the state and urged transport unions in the state to ensure that the luggage of travelleers were searched before they are allowed to board vehicles at the parks.

Fashola called on all users of motor parks to be wary of abandoned or unaccompanied luggage, adding that whenever such was noticed, the attention of the security agencies should be sought to determine the status of such goods.

The governor told the leaders of the various transport unions to take full charge of the motor parks in the state and regulate the activities of transporters with safety clearly in mind.

According to him, the government which owns the parks would not hesitate to take them over if the transport unions could not manage them properly, adding that members of the public should always make use of the emergency toll free lines 767 and 112 to contact the security agencies, stressing that the government was committed to security of life and property for all. The governor urged the leadership of the various associations and bodies to be vigilant and security consciousness in their neighbourhoods, saying that the time to be proactive was now and that no one should wait until any untoward development occurred.

Fashola added that it had become imperative for landlords about to take on new tenants to make sure they had adequate information about such a new person and that people should always be ready to volunteer information on people with questionable lifestyles.

He stated that the meeting was held because of recent happenings in the country which had necessitated extra vigilance and security consciousness as well as sensitization of the citizens to the possible dangers that lie in not caring about “who really their next neighbour is.”

He reiterated that in the past, strangers and unknown faces were always challenged in the neighbourhoods by the residents who knew every of their neighbours, adding that the time to return to such practice is now. “Globally, security consciousness has become a central issue. The aviation sector as an example, anyone one who might have travelled out of the country before would have noticed that every intending traveller now is always subjected to security scrutiny at every entry and exit point all over the world,” he said.

The Assistant State Coordinator of the Neighbourhood Watch, Mr Olusegun Oshinfade said the meeting was a very fruitful one, adding that it is now the duty of the various leaders present to pass the message to their subordinates.

Former Chairman of the CDC, Alhaji Moshood Dosunmu described the meeting as a welcome development, saying that the state government had acted proactively in not allowing any problem to happen before it reacts.

According to him, now that all the agencies have been fully briefed about the need to be more security and safety conscious, the CDCs would now consult their members while the CDAs would also ensure that the message got down to everyone.