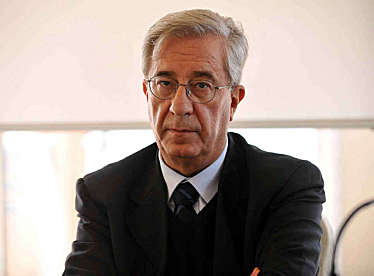 Italian police on Thursday arrested a priest accused of defrauding a Vatican-linked hospital in Rome that he managed of four million euros ($5.1 million), part of which he used to buy an 18-room villa in Tuscany set on 23 hectares of land.

Father Franco Decaminada, a friar who took vows of poverty, has been placed under house arrest.

He headed the prestigious Immaculate Institute of Dermopathology between 2004 and 2011.

The specialist hospital has been placed under administration after it registered losses of 600 million euros and pope Benedict XVI in one of his last acts as pontiff last month appointed a cardinal to resolve its economic woes.

The tax police said in a statement that Decaminada bought his villa in Tuscany for a million euros — “essentially with the proceeds of his crime”.

“The investigation traced fraud for a total of 14 million euros,” the police said.

Two businessmen are also under investigation and have also been placed under house arrest.

The hospital belongs to the “Congregation of the Sons of the Immaculate Conception”, which was set up in the 19th century and became well-known for producing creams to treat ringworm.

The congregation manages two other hospitals.

The police said it had found daily operations in which the priest took money from the hospital as “reimbursement of costs” without justification.

The hospital has not paid its 1,500 employees including 300 doctors for several months.