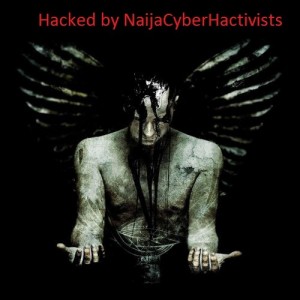 Hackers have launched an assault on Israeli websites, but the damage has been minimal as the Jewish state is prepared to fend off such attacks, one of the country’s top cyber experts said on Sunday.

The hackers associated with the activist group Anonymous reportedly hit the websites of the premier’s office, the defence ministry, the education ministry and the Central Bureau of Statistics, among others, but all appeared to be running normally.

“As of midday (0900 GMT) the sites of the government of Israel are available to the public, as they have been all weekend,” the finance ministry said in a statement.

It said the education ministry site had been temporarily out of action “because of a technical fault which has been fixed.” It did not elaborate.

Speaking to army radio, Professor Yitzhak ben Israel, head of the National Council for Research and Development, said the scope of the damage to Israeli sites was “more or less non-existent”.

“That’s because of our preparedness in advance,” said Ben Israel, who founded the National Cyber Bureau which operates out of the office of Prime Minister Benjamin Netanyahu.

Ben Israel said it was highly unlikely that Anonymous was seeking to do real damage to the country’s key infrastructure.

“Anonymous doesn’t have the ability, nor is it its aim to destroy the country’s essential infrastructure. If it was, it wouldn’t have announced it in advance,” he said, indicating the aim was probably to stir debate over the Israeli-Palestinian conflict.

“The country was much better prepared than it was a year ago when there was a wave of attacks on the stock exchange and El Al (Airlines) and such sites.

“This time the attack is bigger in its scope and intensity but we are better prepared,” he said, referring to an attack on prominent Israeli websites at the start of 2012.

Guy Mizrahi, co-founder of Israeli data protection consultancy Cyberia, confirmed that Israeli websites had been under a “significant attack” for the past few days.

“Yesterday there was quite a storm, quite a few government sites were hacked and messages were left on some of them, and data was stolen from others,” he told public radio.

“It doesn’t mean that Israel is being thrown off the Internet or that the traffic lights will stop working tomorrow, but it is certainly a significant attack.”

Last November, as Israel and Hamas militants in Gaza faced off in an eight-day confrontation, the Jewish state said it had been targeted by an “unprecedented” mass cyber-warfare campaign.

At the time, Anonymous claimed it had downed or erased the databases of nearly 700 Israeli sites in protest over the assault and over what it said was Israeli threats to cut “all Internet and other telecommunications into and out of Gaza.”