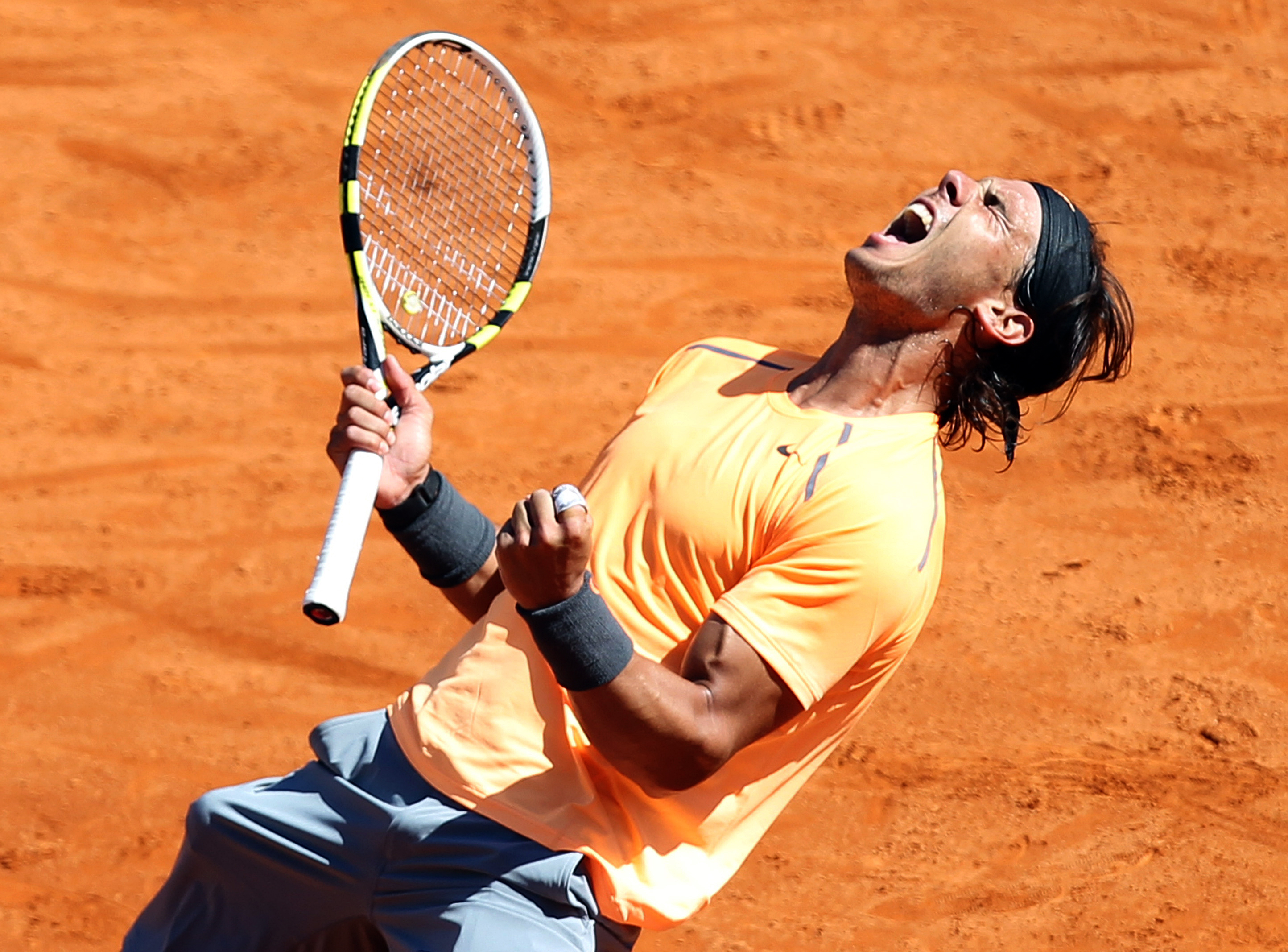 World number one, Novak Djokovic routed Italian Fabio Fognini to book his place in the finals of the Monte Carlos masters Sunday.

Djokovic, still recuperating from a knee injury has a herculean task to perform to win the title, as his opponent is Rafael Nadal, eighth-time winner of this tournament on his favorite surface, clay.

The clash will be both Nadal and Djokovi’s third final meeting at the Monte Carlo Masters, with the Serb top seed the last obstacle to more clay-court history for Spain’s Nadal.

Nadal is one win away from a record ninth straight trophy at the Mediterranean venue and defeated world number one Djokovic here in 2009 and in 2012.

Djokovic had a stress-free semi-final win over Italian Fabio Fognini, crushing the outsider 6-2, 6-1 in 52 minutes.

Earlier, Nadal survived a storming comeback attempt from Jo-Wilfried Tsonga before finally holding off the sixth seed to win 6-3, 7-6 (7/3) and take his accustomed place in the final.

Both finalists have made huge strides this week, with Djokovic playing better each day on an injured ankle and Nadal regaining his confidence on clay, a surface on which he has dominated for nearly a decade.

“We always play long matches,”said Djokovic. “It will be very demanding but this is not the first time we have played on clay. Hopefully this one will be the lucky time for me.”

Nadal has the edge in meetings between the pair and won three of their four clashes in 2012.

Nadal, seeded third but always the man to beat on the dirt, spent 96 minutes on court as Tsonga rallied from a set and 5-1 down, breaking the Spaniard twice but failing in the second-set tiebreak which decided the dramatic contest.

Sealing victory on his fifth match point, Nadal takes his place in a fifth consecutive final since making his comeback in February after seven months out with knee problems.

The 26-year-old Spaniard stands one win away from an historic ninth straight trophy in the principality, where his solitary loss came in 2003 as a teenager.

The win was the second narrow escape in as many days for Nadal, who had to battle back from a set down to beat Bulgarian Grigor Dimitrov in their quarter-final.

Tsonga said the windy, chilly conditions did not help his game.

“I was not annoyed by the bad conditions with a lot of wind – anyway, they were the same for both,” he said.

“But when you play a long rally and the wind suddenly blows the ball back into the court… against a lower-ranked player, I’m able to pull out of the bad situation thanks to luck sometimes.

“But against Rafa I always try to be aggressive, it’s the only way for me. If I stay back, there’s no way I can win. I have to have the right mix between patience and aggressiveness.”