Pro Wrestlers Give Award To Aregbesola 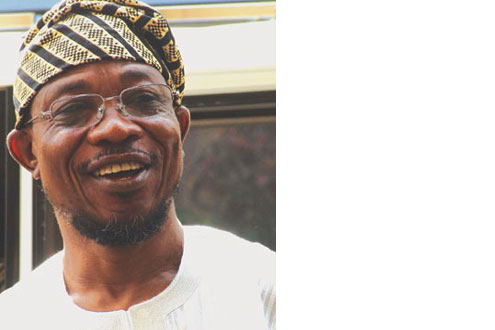 The honour, Good Governance and Peace Award, the federation says in a statement, is in recognition of Aregbesola’s effort to bring smiles on the faces of the people of Osun State through his good governance.

President of the NWF, Prince Hammed Olanrewaju Mohammed said the federation recognised how Aregbesola’s administration has maintained peace in Osun and the delivery of dividends of democracy to the people.

Governor Aregbesola has served the people of Osun with faithfulness and fear of God. The massive development witnessed since he came to power has been unprecedented. The Governor has also done wonderfully well in the areas of employment generation and poverty alleviation. He has been able to foster peaceful co – existence among the diverse people of the state. Apart from this award, the federation is planning to organise an intercontinental wrestling championship tagged Rauf Aregbesola (RAS) Wrestleforce Festival to honour the governor,” said Prince Mohammed, who is also the Vice President, Current world Wrestling Federation.

He also disclosed that the award will be presented to Governor Aregbesola at the Government House in Oshogbo at a yet to be fixed date.