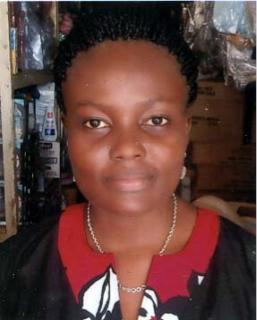 Justice James Tosho of the Nigerian Federal High Court in Lagos on Monday, 7 May, 2012 found a Nigerian woman arraigned by the Economic and Financial Crimes Commission, EFCC, guilty and ordered her to forfeit the undeclared $51,205 to the security agencies.

The courier: Akinnoye Abiola Oluwafunke, was intercepted by officers of the Nigeria Customs Service at about 1300hrs on Monday, 14 January, 2013, at the “E” wing of Murtala Mohammed International Airport as she prepared to board an Emirates flight to China, for failure to declare all of the $151,205.00 (One Hundred and Fifty One Thousand, Two Hundred and Five United States Dollars) she was carrying. She only indicated $100,000 (One Hundred Thousand United State Dollars) in her Currency Declaration form.

She was later handed over to the EFCC, for further investigation and prosecution.

Oluwafunke was arraigned on one count charge of conspiracy to transport the sum of $151,205.00( One Hundred and Fifty One Thousand, Two Hundred and Five United States Dollars only) out of Nigeria through the Murtala Mohammed International Airport, Lagos, without declaring the said sum to the Nigerian Customs Service as required under Section 12 of the Foreign Exchange (Monitoring and Miscellaneous Provisions) Act cap F34 Laws of the Federation of Nigeria, 2004 and Section 2(3) of the Money Laundering (Prohibition) Act, and Money Laundering ( Prohibition) ( Amended) Act, 2011 which stipulates total forfeiture of the undeclared sum.

She pleaded guilty to the charge.

Based on her plea, defence counsel, Julius Ugese prayed the court to temper justice with mercy.

Justice Tosho, in his ruling, convicted the accused person and, being a first time offender, ordered her to forfeit the entire undeclared sum.

The judge also ordered that the declared sum of $100,000.00(One Hundred Thousand United States Dollars) should be released to the convict.

Apampa pleaded guilty on arraignment and was subsequently convicted.

Apanpa was arrested on March 29, 2013, at the Murtala Mohammed International Airport by Customs Officers at the Customs Currency Declaration Desk, while trying to board an Emirate flight to Dubai .