US serial kidnapper to be charged today 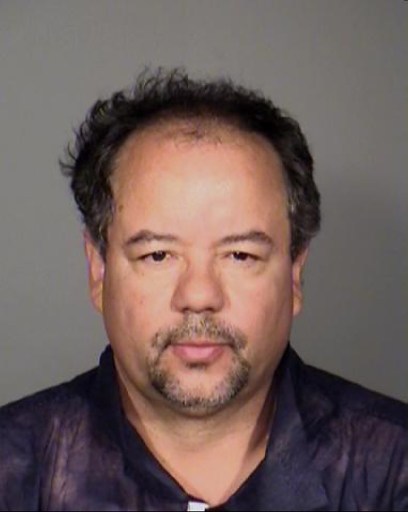 Ariel Castro: the abductor of 3 women and the horrors they experienced

An American charged with holding three young women in captivity and raping them in a decade-long horror is due to appear in an Ohio court today, three days after their dramatic rescue.

One of the captives gave birth to a daughter during the years they spent confined in the modest home of Ariel Castro, 52, unable to escape until Monday, when the girls’ mother Amanda Berry managed to scream for help from a neighbor.

Two of the Ohio women were joyously reunited with their families on Wednesday, while the third received medical treatment. Police interrogated their alleged captor and searched another house on the same Cleveland street.

He also faces four counts of kidnapping, related to the three women and Berry’s six-year-old daughter Jocelyn, who was born in captivity.

Castro is due in court Thursday for arraignment. His two brothers are also scheduled to make a court appearance, but on misdemeanor charges unrelated to the kidnappings and rapes, authorities said.

The women are believed to have only been allowed to leave the home briefly on two occasions, both times to go into the house’s garage “in disguise,” Deputy Police Chief Ed Tomba told reporters.

He confirmed that FBI investigators in protective suits had searched another house on the same street, without providing further details.

Tomba refused to comment on reports that Castro had impregnated Knight at least five times and would punch her in the stomach until she miscarried.

Castro, a former school bus driver whose family hails from Puerto Rico, has been described as a friendly neighbor who raised few suspicions but who also kept to himself, rarely if ever allowing anyone inside his home.

“Ariel kept everybody at a distance,” Tomba said. “He ran the show.”

Castro was accused in a 2005 family court filing of beating his ex-wife Grimilda Figueroa, who passed away last year, and of “frequently” abducting their two daughters, but he was never charged.

Castro’s two brothers — Pedro, 54, and Onil, 50 — were also detained on Monday because they were with Ariel when he was arrested, but will not be charged in connection with the kidnapping.

Tomba refused to discuss specifics of the evidence discovered in the home, but earlier, city police chief Michael McGrath had said the women were “bound and there were chains and ropes in the hall.”

Berry arrived Wednesday at her sister’s home in an SUV escorted by police motorcycles and FBI agents. The porch was bedecked with balloons and messages of support. Well-wishers — and a phalanx of news reporters — were waiting.

The crowd broke into applause when her sister Beth Serrano came out and made a brief statement thanking residents and asking for privacy.

Later, DeJesus was escorted into her family home by relatives, sheltering under a yellow hooded top but managing to give a weak wave to supporters, who were chanting “Gina, Gina, Gina.”

“She’s ecstatic to be home, she’s happy. Her face, her smile, the hugging says it all,” her mother Nancy Ruiz told reporters.

“It’s like a dream,” Ruiz added. “My first reaction as I saw my daughter, the only thing I did was grab her and hug her. I didn’t want to let go.”

Locals have expressed shock that the young women — long feared dead — could have been held for so many years in the unassuming home, just a few miles from where they went missing.

The three were rescued after Berry managed to alert a neighbor, Charles Ramsey, who broke down Castro’s door to free her and her daughter.

Police responded to her desperate 911 emergency call and found the other two women in the detached home, a white two-storey house with American and Puerto Rican flags on the porch.

Berry was last seen on April 21, 2003 — just before her 17th birthday — when she left work at a fast food restaurant just a few blocks from her home.