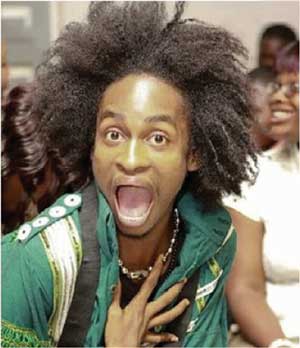 TV personality, Denrele Edun, will be hosted at this month’s Nigerian Broadcaster’s Nite, NBN, holding at Club Vegas, Lagos on 30 May.

Denrele was supposed to be hosted at the inaugural edition of the NBN, but due to the death of his friend, Goldie, Top Radio presenter, Tosyn Bucknor was celebrated instead on 28 March.

But Kazeem Popoola, the spokesperson of the organisers, The Reality Entertainment, has confirmed that Channel O VJ is ready to groove with fans and other entertainers at the event this month.

The NBN is designed to hold every last Thursday of the month and one of the winners of the yearly Nigerian Broadcasters Merit Awards (NBMA) gets selected and is hosted at one of the biggest lounges/clubs in the state.

Beyond the extensive celebration of the winner with loads of music and comedy, there will be a presentation of certificate to the winner to commemorate the NBMA plaque earlier won. The certificate will be presented by a representative of Crown Natures, a lifestyle company producing different types of exotic caps and other headwear.

Interestingly, aside Denrele who emerged Most Popular TV Personality during the second edition of Nigerian Broadcasters Merit Awards (NBMA) that was held in 2011, one of Nigeria’s most respected Disk Jockey, DJ Shy Shy Shyllon will be the event’s Special Guest.

The event’s red carpet session is slated for 6pm. Aside special performances by Zdon Paporella, Sheyman, Aju and other rising music acts, the NBN will be anchored by delectable showbiz big girl, Toni Payne and comedian De-Don.

The Nigerian Broadcaster’s Nite is powered by The Reality Entertainment in association with Club Vegas, Crown Natures Nigeria Limited and Goldmyne Entertainment, as the official media partner.