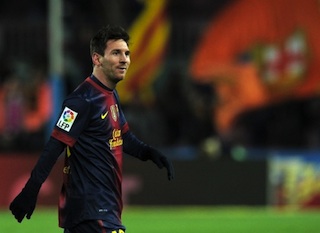 Barcelona won the Spanish league title for the 22nd time on Saturday after closest rivals Real Madrid could only draw 1-1 at Espanyol.

The result left defending champions Real seven points behind Barcelona with only two games left in their programme.

Barcelona’s success was based on an impressive first half of the season, when they gathered 55 of 57 possible points.

It was the best ever start to a league campaign in Spanish football history, and it saw them 10 points clear at the top in December.

They have 88 points and if they win the rest of their matches, they will equal the best ever points haul in La Liga.