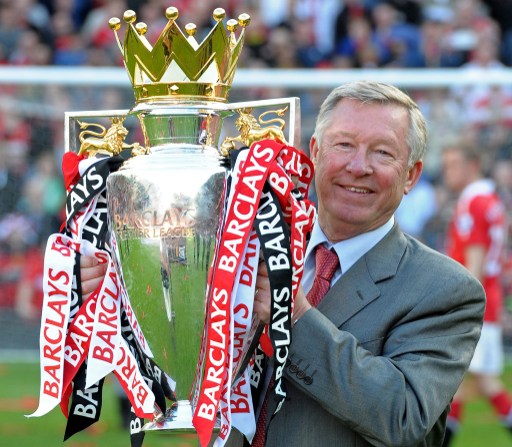 Ferguson recently announced his resignation as Manchester United’s manager after 27 six years in charge and the club have named Everton gaffer, David Moyes, as replacement.

Ikpeba had close contact with the legendary manager when his former team, AS Monaco, played Manchester United in the quarterfinal of the UEFA Champions League.

“Ferguson remains a fantastic manager on and off the field.

“My closest contact with him was during the 1997/98 season when Monaco defeated Manchester United in the quarterfinals of the Champions League.

“We were determined to win because the feeling at Old Trafford was that Monaco were a small club. Interestingly, we played a goalless draw at home and secured an important score draw at Old Trafford to qualify for the semi final,” Ikpeba said.

The USA ’94 and France ’98 World Cup star urged Africans to learn from the Ferguson example.

“Players and coaches should know when to leave. It’s not easy at his age to continue with the daily rigours of top flight management.

Besides, he needs to spend more time with his family,” he told supersport.com.
Ikpeba maintained that the club would continue to benefit from Ferguson’s new position as director and ambassador