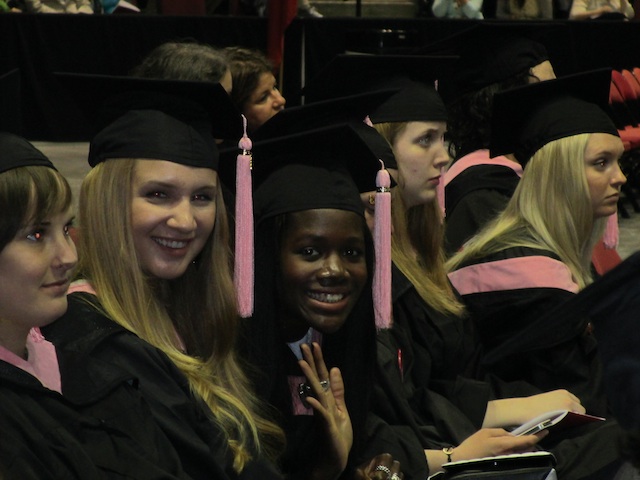 Abibat Tinubu, middle with other graduands

The ceremony was attended by her father and the mother, Senator Remi Tinubu and elder sister, Zainab.

According to Wikipedia, the college is the largest independent college of contemporary music in the world.

“Known primarily as the world’s foremost institute for the study of jazz and modern American music, it also offers college-level courses in a wide range of contemporary and historic styles, including rock, flamenco, hip hop, reggae, salsa, and bluegrass.

The school was founded in 1945 by pianist-composer-arranger and MIT graduate, Lawrence Berk. It was then known as Schillinger House,