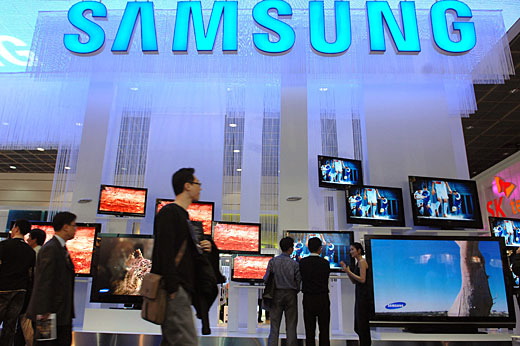 Samsung Electronics said Monday it had successfully tested super-fast fifth-generation (5G) wireless technology that would eventually allow users to download an entire movie in one second.

The South Korean giant said the test had witnessed data transmission of more than one gigabyte per second over a distance of two kilometres.

The new technology, which will not be ready for the commercial market before 2020 at the earliest, would offer transmitting speeds “up to several hundred times faster” than existing 4G networks, it said in a statement.

“The 5G wireless technology will permit users to transmit massive data files including high quality digital movies practically without limitation. As a result, subscribers will be able to enjoy a wide range of services such as 3D movies and games, real-time streaming of ultra high-definition (UHD) content, and remote medical services,” the statement said.

Samsung said it had found a way to harness millimeter-wave bands which have proved to be a sticking point for the mobile industry to date.

The test used 64 antenna elements, which the tech titan said overcame the issue of ‘unfavourable propagation characteristics’ that have prevented data travelling across long distances using the bands.