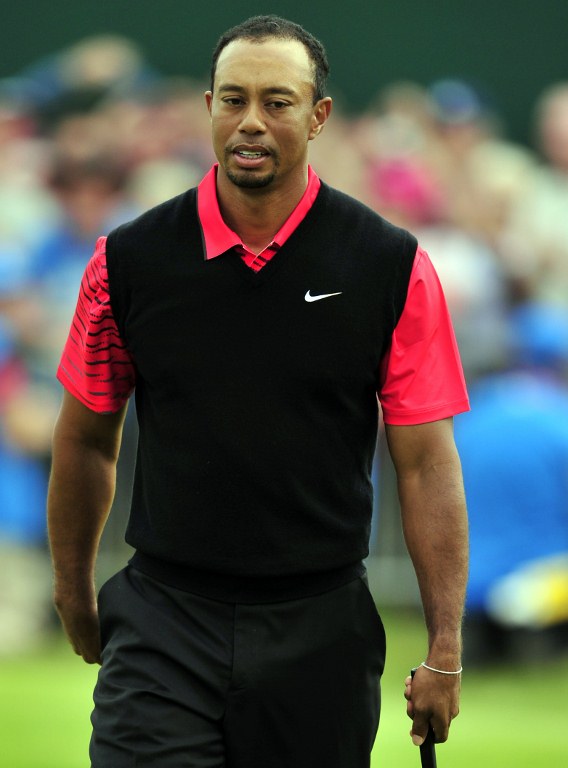 World number one, Tiger Woods held his nerves, by winning his second Players Championship by two shots Sunday night at Ponte Vedra Beach, Florida. It was Woods’ 78th PGA Tour victory. David Lingmerth, Kevin Streelman and Jeff Maggert tied for second, two shots back. Sergio Garcia melted away after a series of blunders in the last two holes and ended up 7 shots behind Tiger.

Digging deep after dunking his tee shot into the water on the 14th hole and squandering a two-shot lead in the process, Tiger Woods collected his thoughts and controlled his emotions down the stretch to win The Players Championship on Sunday.

Woods was in control of the tournament before hooking his tee shot into a water hazard on 14 and making double bogey, allowing many players, including Sergio Garcia, back into the tournament. Woods still had a share of the lead after his water miscue and took the outright lead with a birdie on the par-5 16th. Garcia, playing in the group behind Woods after the two spent Saturday and Sunday morning playing together but not talking to each other after an incident in the third round, matched Woods’ birdie on 16 to grab a share of the lead.

But as Woods stood on the 18th tee, Garcia dunked not one but two balls into the water surrounding the island green at 17. Garcia then knocked his tee shot on 18 into the water.

Garcia (76) dropped six shots in the last two holes to fall out of a tie for the lead to a tie for eighth at 7 under.