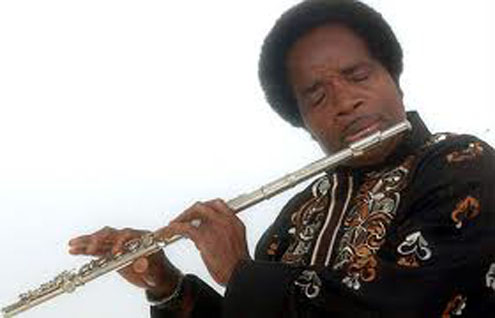 Apart from the benefit, the concept, developed by Cyprian Okpei (Fada CY) based on the 1965 original version of the hit song “Joromi”, will also contribute toward Sir Uwaifo’s work at the Revelation Tourism Palazzo, a tourist destination in the ancient city of Benin, the Edo state capital.

“We would like to drive home the need to honour those who have done laudably and have been a source of positive influence and role models of worth over the years in this great country of ours,” said Cordelia Okpei, Executive Producer, Black Gold Network, the coordinator of the project.

This concept has been transformed from the abstract realm and into a tangible work of art by the talent, generosity and full support of Sir Uwaifo himself, whose musical career has spanned over four decades.

The above names all feature in the first track “Joromi – Tribute” expressed their appreciation of the music maestro, Sir Victor Uwaifo.

The second track is a saxophone version brilliantly and skilfully played by Jerry Sax.

Also included in the album, is masterfully-crafted sampled version of “Joromi” which Kunle Ayo generously donated to this project from his 2008 album “A Taste of Home”.

The fifth track in the album is the original 1965 version which is, and will always remain, evergreen. And the last track on the album is the instrumental version that reveals the skills of one of Nigeria’s top music producer, Tee-Y Mix, who produced the album.

“Our hope and earnest desire is that, with the help of DJs, presenters and Nigerians in general, this project will be worthwhile on the long run,” said Okpei.