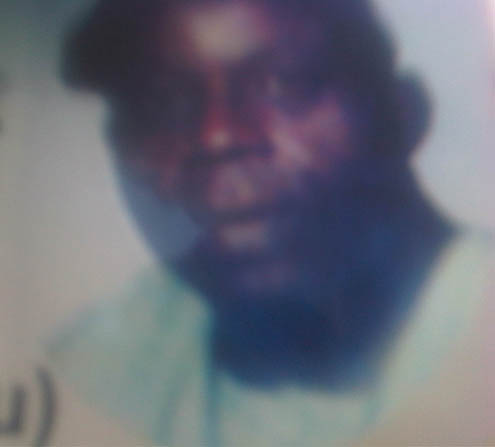 Olajoku, who was a staunch supporter and one of the main financiers of Aregbesola’s governorship aspiration before becoming Governor, was killed by some unknown gunmen at the same junction, where he was yesterday celebrated, on 15 May 2005.

Olajoku, who was said to have battled and killed one of his assailants, before he was murdered in the presence of his family,

was returning from Ilobu, Osun State, where he had attended a function, alongside Aregbesola.

He said both incidents were intended to break his political resolve to contest for the office of governor, as attempts where also made to assassinate him.

“They made an attempt to kill me 10 days after Hassan’s death in Ilesa, and set hired assassins after me at the Oshogbo Oroki festival few months later. So, I just look at them now when they pretend to be men of God”, he said.

Aregbesola said Olajoku had attained immortality and matrydom with the naming of the park after him. Similarly, the event center, where the function took place, was named Babajide Omoworare Hall.

Special Adviser to the Governor on Environment and Sanitation, Bola Ilori, who spoke to P.M.NEWS, said the project was unique because it was “the first  properly defined rest station in the Nigeria”.

Ilori, who was the project coordinator, stated that it would boost tourism, provide jobs and reduce accidents on the highway.

“It is a good tourist attraction,a nice resting place  for travellers, who may have travelled several kilometers, and a relaxation spot for the community dwellers. As a struggling economy, Osun would ensure it has what it takes in terms of infrastructure to attract people to the state. We may not have the resources like Lagos and Oyo States, but we are resourceful”, he said.

He hinted that the place would be handed over to a facility manager for proper maintenance and sustainability.

On her part, Commissioner for Environment and Sanitation, Professor Bukola Oyawoye, said that aside immortalising Olajoku, the project, including government’s beautification exercise and infrastructural endeavours , was intended to bring sanity to the area, as well as create jobs. She said the state was blessed to have a governor who thought outside of the box by engaging the people in ways that put paid to killings, maiming and other violent crimes, which characterised the politics of the state in time past.

The expansive park has a multi-purpose hall, chalets, restaurant, outdoor event and recreational facility and a police station. It also available for travellers who may stop-over to take a quick bath or use the inconveniences.

Some of the musicians who thrilled the mammoth crowd were Wande Coal, Terry G, Oldman and Wasiu Alabi Pasuma.