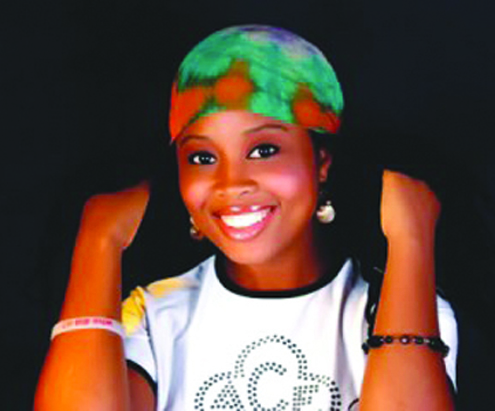 Benita Okojie, the songstress who ruled the airwaves in 1998 with her chart-bursting motivational songs Osamudiamen, Child of God and others at the age of 10 is staging a return to the music scene with a performance at this year’s Nnenna and Friends Children’s Day Show.

Also billed to perform at the event are the comedy troupe, Papa Ajasco & Company, comedian Akpororo, singer Linda and N-Stars among others.

Nnenna & Friends Children’s Day Show 2013, being the latest in a series of live shows by the Nnenna & Friends Brand, has secured the support of top corporate bodies in Nigeria.

The show will take place at the National Theatre on 27, May. It will be recorded and broadcast on wapTV across Nigeria and other African countries.

Beautiful Testimony, a follow up to his debut, Oba Ara, was unveiled during the commissioning of his ultra modern musical equipment.

The album, produced by Oluwatobiloba Omologe will be marketed by Balm of Gilead Music. It has tracks like Oluwa Ti Sogo, Olorun Ipe Babalola and Orekelewa.

The self-styled Mr. Chapman and Castro Juju music creator, who has almost concluded arrangement on a proposed musical tour of some European countries, promised to make the show a memorable one.

Sido’s Club & Bar, a fun haven in Abule-Egba, Lagos, has continued to be the toast of fun seekers in the area and even beyond.

Iba Sabbath, the acting Public Relations Officer of the rendezvous point attributed the success to the “experience and commitment of our managers to the satisfaction of clients. We have many entertainment packages that keep people asking for more.”

He added that side attractions like Ladies Night, Big Boys Corner Show and Old-School Party are some of the regular events the club organises weekly.

Yotomi TV will now be run under the supervision of Bolaji Aromire, the heir of the late Alade, while respected broadcaster, Dare Best-Alabi and Femisola Atilola will be the General Manager and Head of Operations respectively.

According to Dare Best, “Yotomi TV is back and better. With the standard we are here to set, I’m optimistic that the sky will be the starting point.”