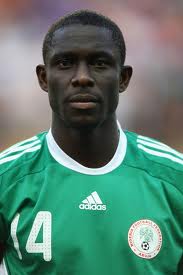 Seyi Olofinjana has been released by Hull City along with 11 other players. The midfielder, who joined Sheffield Wednesday on loan until the end of the season, effectively ended his four-year association with the Tigers.

After failing to find playing time at Hull City in two months Olofinjana was been allowed to join the Championship strugglers Sheffield Wednesday in an emergency loan deadline for Football League clubs. At Sheffield Wednesday, Olofinjana only managed to play three games, raising doubts of a future at Wednesday.

The Nigerian midfielder’s lucrative four-year contract with Hull City expired in June and has now been released by the club. Signed from Stoke City for £3m in the summer of 2009, an injury-plagued Olofinjana has dramatically failed to live up to expectations.

Hull City manager Steve Bruce first shipped Olofinjana out on loan to Cardiff City where he spent the 2010/2011 season. It is estimated that Olofinjana earned approximately £6m in wages during his four years on the Tigers books. He played a total of 40 games for Hull City managing only one goal for the club.

The 32-year old had his best in England with Wolverhampton Wanderers where he made 213 appearances scoring 18 times. He has also been capped 44 times for Nigeria but has never scored for the national team.

Olofinjana began his football career with Nigerian sides Crown FC and Kwara United before joining Norwegian side SK Brann where he impressed. After two seasons at Brann he moved to Wolverhampton Wanderers.