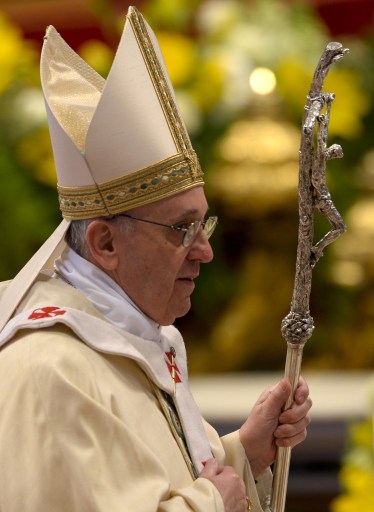 Pope Francis on Saturday called for the respect of ethical values in public life and politics as their absence was “hurting all of humanity”.

“We are seeing a crisis of mankind which is destroying mankind,” the pope told a crowd of 200,000 people, most of them members of religious groups, in Saint Peter’s square.

As a number of European countries are struggling to overcome the consequences of the financial and economic crisis, Francis warned of putting the health of the banking systems ahead of families trying to cope.

“It’s a tragedy if banks fail in investments (but) if families are badly off and have nothing to eat, (the reaction is) so what? — this is our crisis today,” said the pope.

“A poor Church for the poor is fighting this mentality,” Francis added, speaking on the eve of Pentecost Sunday when Christians commemorate the descent of the Holy Spirit upon the 12 Apostles and other followers of Jesus.