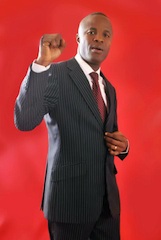 While addressing international journalists shortly after his election, Mr. Eyengho, who thanked FIAPF members from over 28 countries of the world for the confidence reposed in him, stated that his victory was the beginning of a new dawn for Nollywood, adding that it was not for ANCOP alone but for Nigeria and Africa as a whole.

“My election is not about me or ANCOP. It is about deepening the Nollywood brand. It is about attracting maximum respect to Nigerian film producers at the international level. It is about Nigeria. It is about Africa. This is a confirmation and testimony to the fact that we are on the right track in Nollywood. The election is over. We must get to work immediately. Because of my humble experience in the industry, I know I shall hit the ground running with a view to ensuring that value is added to Nollywood and the African film community as a whole within the ambit of the lofty aims and objectives of FIAPF,” he said.

He also holds several other certificates including the ones in ‘Best Journalism Practices in the Digital Age’, powered by the United States Consulate, Lagos, and ‘Film Production and Script Writing’ powered by the Deutche Welle Akademie, Germany.

He is well traveled both locally and internationally, where he has participated in various film festivals, master classes, conferences, seminars and workshops as Guest Speaker, Panelist or Delegate in places like USA, UK, Germany, France, Switzerland, and South Africa etc