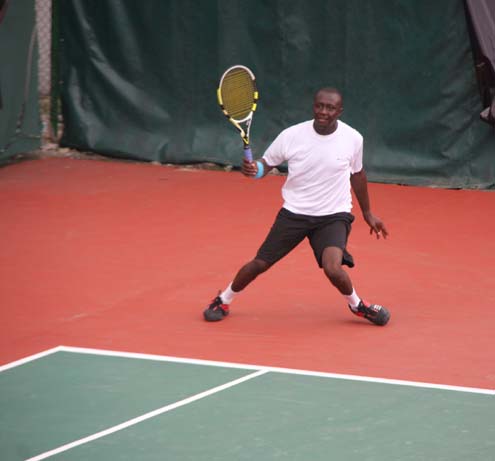 Nigeria’s performance at this year’s African Zone III Davis Cup Championship has been given a pass mark by the President of the Nigeria Tennis Federation, NTF, Engr. Sani Ndanusa.

“We did well in the championship having defeated the likes of Zimbabwe and Botswana. We have moved to the next stage in the tournament so, let’s see where we go from there” he said.

Henry Atseye, Clifford Enosoregbe, Abdulmumuni Babolola and Shehu Lawal were the four players who represented the country at the week-long tournament in Cairo, Egypt.

Efforts to speak with any of the players on arrival to know what really transpired in Egypt proved futile as their lines were not reachable.

It would be recalled that one of the players, Shehu Lawal complained to P.M NEWS Tennis Special before they left for the tournament about the ill-treatment meted out on them by the federation.