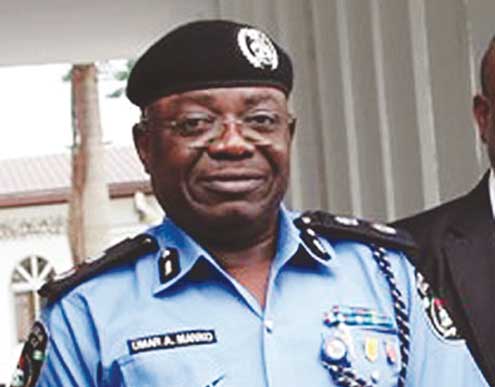 The Lagos State Governor, Mr Babatunde Fashola and  the Lagos State Commisioner of Police, Mr Umar Manko are to teach 250 kids about crime prevention as part of activities to mark this year’s Children’s Day.

The event being organised by a security organisation, Crime Fighters Security Awareness,  is to educate Nigerian children on how  to avoid getting involved in crime in the society.

The director of the organization, Chief (Mrs) Aisha Tosan Agberebi, said the programme is to sensitise children because they are easily exposed and used to commit various crimes unconsciously.

She said the children were selected from various schools in Lagos State and Governor Fashola will deliver the keynote address, while Mr Umar Manko is the guest speaker.

Agberebi said the programme slated for 27 May, 2013 at the Civic Centre, Victoria Island, Lagos, is aimed at educating secondary school students on issues of security and crime prevention.

She explained that children in that catogory are usually used by adults to commit various crimes in the society and sometimes they find themselves committing those crimes without knowing the consequences.

She said the enlightment programme was meant to sensitise them and for them to be aware so that whenever they are asked to indulge in those crimes, they will say no, because they are aware of the consequences.

She said the programme which will be organised yearly, will take place in all schools in Nigeria, though it is starting from Lagos State and that it is significant and strategic to start on Children’s Day.