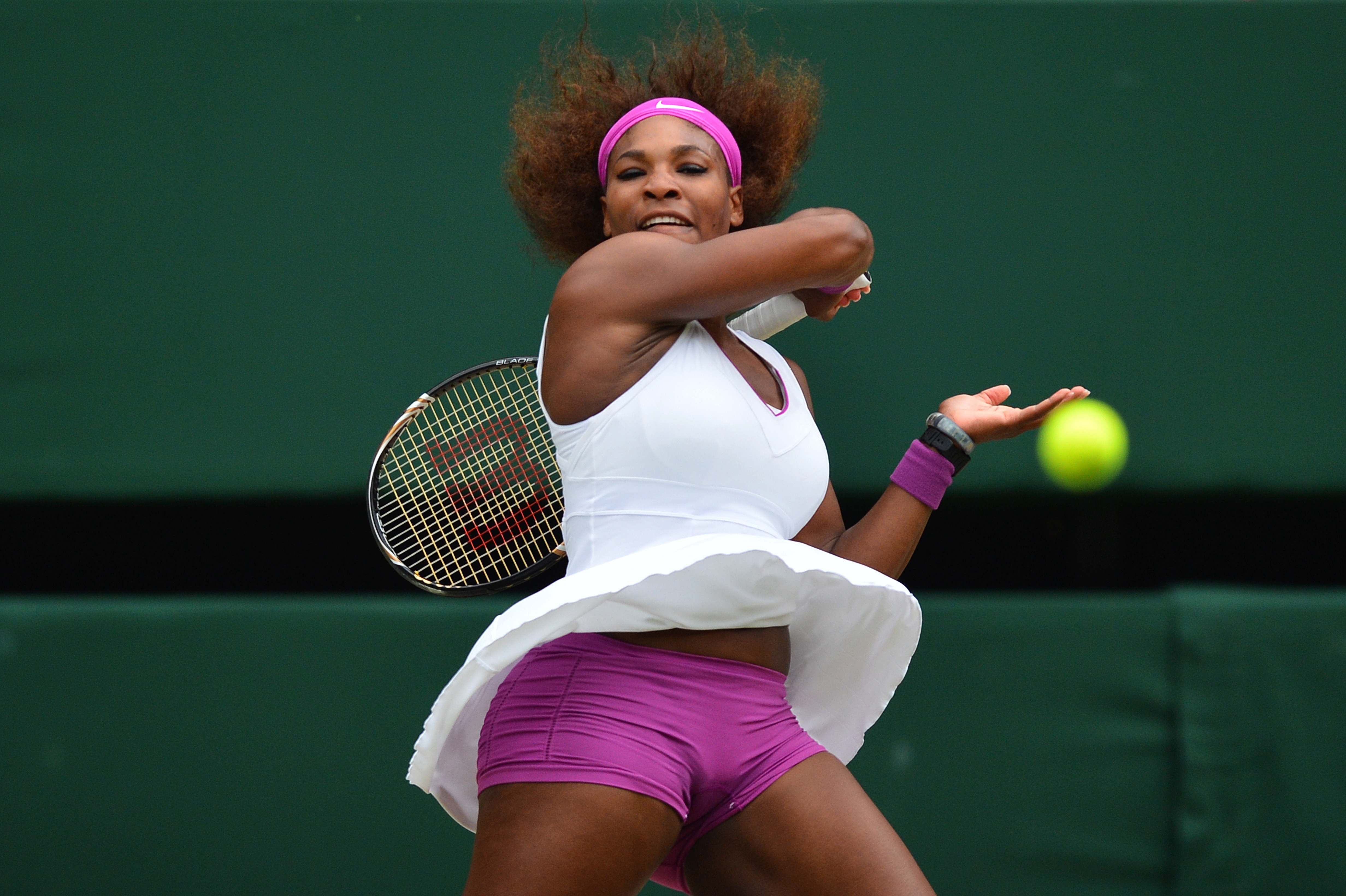 Serena Williams: turns heads on the court too

In form, Serena Williams is favoured to win a second French Open title, but her record at Roland Garros would prompt her to approach the task with apprehension and some fear of the “lady in the mirror”.

Williams is world number one, unbeaten in 24 matches and has won four consecutive tournaments, yet she remains diffident after last year’s debacle when she exited in the first round.

It was 11 years since she tamed the Parisian dust for the first and only time in 2002.

Last year’s queen of the clay, Maria Sharapova, has already lost two 2013 finals to Williams, while her hopes of laying down a marker in the last warm-up event in Rome were hit by illness.

World number three, Victoria Azarenka, got one over Williams in Doha, but was so comprehensively demolished by the American in the Rome final that she is likely to be nursing psychological scars that have little time to heal.

Last year’s semi-finalist, Sam Stosur, with a high-kick serve and heavy top-spin ground strokes, has not been past the quarter-finals in any event this year.

There is, however, one opponent who Williams fears could cause an upset – the enemy within.

“Whoever I play is my opponent and also the lady in the mirror is the ultimate opponent for me.

“So I have to be cautious and go for every point,” she said, after swatting aside Azarenka 6-1 6-3 in Italy.

“Last year, I was feeling excellent but didn’t do great and this year I am cautious and I want to work hard and stay focused.

“I don’t feel any pressure but in the past, I have and, as I have always said, I have won every grand slam.”

Since creaking under the strain at last year’s event, she has re-established her grip on the game that has delivered 15 grand-slam singles titles and more than $44 million in prize money.

She won Wimbledon for the fifth time a month after capitulating in Paris and followed that with a fourth U.S. Open title.