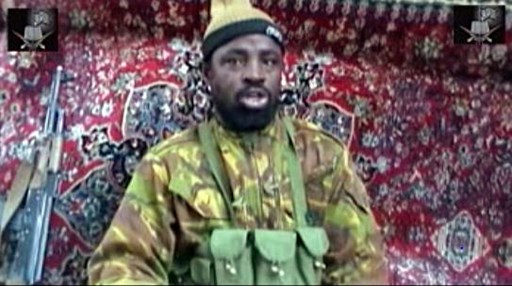 The group was abducted on May 7 during an attack on the town of Bama in the country’s northeast, according to Defence Spokesman Brigadier General Chris Olukolade. Two children and one woman remain missing, he said.

“Efforts of the troops’ operation around the Sambisa forest resulted in freedom for nine of the women and children that were held hostage in that camp,” Olukolade told journalists, adding they were freed on Wednesday.

The military said those rescued from the forest close to Bama were among the kidnap victims shown in a recent Boko Haram video.

Suspected Boko Haram leader Abubakar Shekau claimed in the video that the group was holding women and children hostage in retaliation for wives and children of its members detained by the military.

Nigeria has since said it intends to release a number of suspects held in connection with Boko Haram’s insurgency, including women and children.

The May 7 attack in Bama saw insurgents disguised in military uniforms break into a prison and attack several government buildings, leaving 55 people dead. The women and children were around the sites at the moment of the attack and were taken hostage.

Nigeria declared a state of emergency in three northeastern states on May 14 and launched a military offensive seeking to end Boko Haram’s four-year insurgency.

Activists and the United States have raised concerns over the fighting, with Nigeria’s military regularly criticised over its response to the insurgency due to allegations of major abuses.

The conflict is estimated to have cost 3,600 lives since 2009, including killings by the security services.