Models Are Not Lesbians 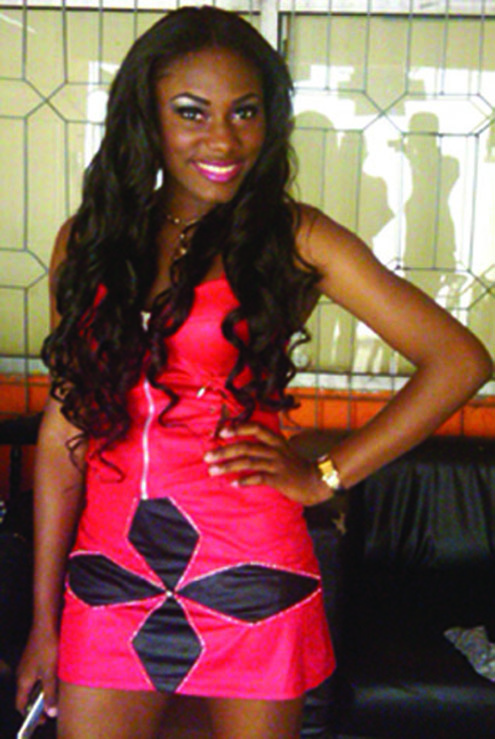 Grace Onuoha, a model, actress, fashion designer and the current Miss Eko, tells ABIMBOLA OBATAYO about her career and how she copes as a student of the Nigerian Institute of Journalism, NIJ

I will say it was quite challenging. I am not from a well-to-do family, so growing up, for me, was challenging.

Give us an insight into how you started your modelling career…

I started my modelling career in 2008, a day after my birthday precisely. I was just 17 years old then. I went with my sister for an audition because the previous day was my birthday, so she decided to take me out with her for the audition. We got there and I saw girls like me and I decided to take part. I was interviewed and then I was chosen. I didn’t even expect it because I went there for fun. So two days later, I was called upon that I have been chosen. I was asked to report to the camp that they were going to train us. That was how I began.

Which outfits/designers have you worked for?

Were you paid when you started modelling?

Yes, I was well paid. That was what encouraged me to go into it fully.

Did you really love modelling or was it circumstances that led you into it?

Did your parents support your?

Yes, very much. They were really in support even before I started modelling; I had acted in some films. My first movie was done in my secondary school. The production team came to my school to pick people that will act and then I was chosen and I played the lead role in the movie. My parents really liked it because they knew that was what I wanted to do, even right from when I was young. I participated in a lot of church activities like drama and debates, so they already knew what I wanted to be. They have always been in support, they provide me with clothes and all that I need, even when I wanted to contest for Miss Majoss, I was about 7 years old then, but my parents provided all I needed, taught me what to say and how to say it. When I was in the secondary school, I contested again and won. So they have always been praying for me, showing me all their support.

How have you been able to combine education and modelling?

I chose a part-time programme because of my modelling career, so none of them is disturbing the other.

What modelling competitions have you won so far?

Apart from the car you won, what other things did you get from the Miss Eko pageantry?

Well, I was supposed to be given N2 million and a jeep, they have been paying me in instalments. I would say I’ve been paid but still expecting my balance and I was supposed to have a year contract with women affairs and poverty alleviation and also to do some things with the Commissioner for Sports. I was also supposed to be on a monthly salary but I have not seen any of that yet, I am still hoping.

What are the challenges since you became a professional model?

I wouldn’t want to say it is very easy, but compared to other people and other stories I have heard, I think it’s been quite rosy for me. I won’t say it’s because of my beauty or anything; it’s by the grace of God because I have always been chosen at most of the auditions that I have attended. Maybe it was just a few that I was rejected, which I felt was normal for some obvious reasons. But many auditions that I went for, I was chosen. I have been getting money from modelling and it’s been very good for me.

Have you been given any endorsement deal since you became Miss Eko?

Yes, I have done an advert for Emily. I did for Best Lube Oil, Gentle Touch and some I can’t remember.

How have you been able to handle the fame?

For me, it’s like my normal everyday life. It’s like a continuation of me not being Miss Eko. Well, there’s something special about me being a queen and having a car but I still see people as the way they’ve always been, my friends are still my friends. I also have my privacy even as a queen and everybody is still what they are to me. The fame has not changed anything.

What other things do you do aside modelling?

I do fashion designing, and like I said, I also market other things. I sell what I make. I make accessories and Ankara shirts.

How have you been able to cope with the opposite sex?

Well, it’s been the same. It’s normal for guys to want to come around when they know this girl is now made but I’m too wise to be fooled by people pretending to be friends when they are not. The best time to know when people love you is when you’re nobody. The people that I have in my life now are those that have always known me. So, these guys coming around to ask me out are like they’ve always known me but don’t have the courage to walk up to me. But I still make them understand that it can’t be. If it wasn’t that time then it can’t be now.

What is your take on the issue of lesbianism in the modelling world?

I don’t really know what lesbianism holds in the modelling industry. I have never experienced or seen anybody that came to me and said ‘oh I’m a lesbian’ and I have never been molested before. So, I don’t know anything about lesbianism. Models should not be seen as lesbians.

Tell us how you got into Nollywood?

It all started when I was in secondary school. They wanted to use my school as location for a movie, and because the school uniform is really nice and I was the president of the literary and debating society, I was auditioned and did very well and I was chosen. I played the role of Amina. After that, I did What Went Wrong and Wind of Change where I played Izoduwa the daughter of Patience Ozokwor. I have done other movies afterwards.

What advice will you give to upcoming models?

I will advise them to be patient; they should avoid every form of desperation because people take advantage of others when they are desperate. Then, I will also advise them to hold God tight. Anywhere I am today, any position I see myself could not have been if not for God. They should have a prayer routine and make God their only source, because if you don’t make God your only source you cannot make headway. Importantly, they should have a role model. If you know you want to become somebody; you should have someone you look up to. For instance, you want to become a top model; you look at Agbani Darego and Oluchi. You look at those that are already there and how they live their life, the way they dress, their poise, everything. My role model is Tyra Banks. I love her life, her dressing and things that she does.

What are your future plans?

Like I will always say, the future is now. My ambition is to be one of the best fashion designers in my country first and to still leave more examples to upcoming models.

How would you describe yourself?

I am a friendly person, adorable, humble and of course very intelligent. Wisdom is really embedded in me because I have the wisdom of God. I am also fun to be with and also a peacemaker.

Any regrets so far?

I don’t have any regrets. Life is good, life goes on, so, there is no energy to regret or live a life of regrets.

Are you engaged or getting married soon?