Ibrahimovic unsure of future with PSG after Ancelotti 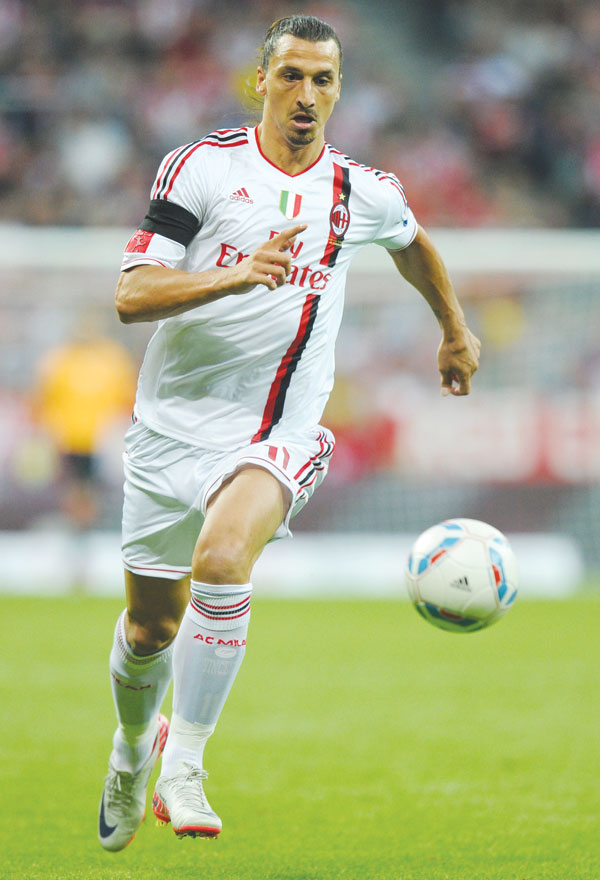 Ibrahimovic: returns to Sweden for treatment

Paris Saint-Germain striker Zlatan Ibrahimovic said Sunday that he doesn’t know if he will stay with the French Ligue 1 champions next season if coach Carlo Ancelotti leaves at the end of the current campaign.

“When they ask me what my future will be if Carlo leaves, I know nothing, it’s not (an) easy (situation),” Ibrahimovic, who joined PSG last July and has two years left on his contract, told French television station TF1 in an interview.

“I don’t want the coach to leave. For me he’s done a fantastic job. He’s the ideal man for the project because he has very good relations with the group. I’ve had some big coaches but never one who’s had such a connection with his players. He is the key to the success,” gushed the Ligue 1 Player of the Year.

“I’ve never had a coach like Carlo and for me it’s something new,” continued Ibrahimovic.

“I’m used to iron discipline with Mourinho and Capello, which made me grow up, but Carlo’s style is a softer, more patient one. He makes players aware of their responsibilities, he makes them feel confident and I like that. When we do well it’s also his success, so I hope he doesn’t leave,” added the Swedish striker, who has plundered opposing defences for a league-best 29 goals this term.

“We need a coach who’s not only going to manage a French team but an international one with world class players. It’s not easy for a manager and only a big one can come in (to take over).”

Ancelotti, who replaced Antoine Kombouare at Parc des Princes in December 2011, announced last weekend his intention to leave the French champions for Spanish giants Real Madrid, only revealing that it was a “personal choice.”

However, club president Nasser al-Khelaifi and sporting director Leonardo have since said they are confident that the Italian will respect the final year of his deal.

PSG finish their season later on Sunday away to Lorient.