Ajimobi pledges to do more for Oyo state people 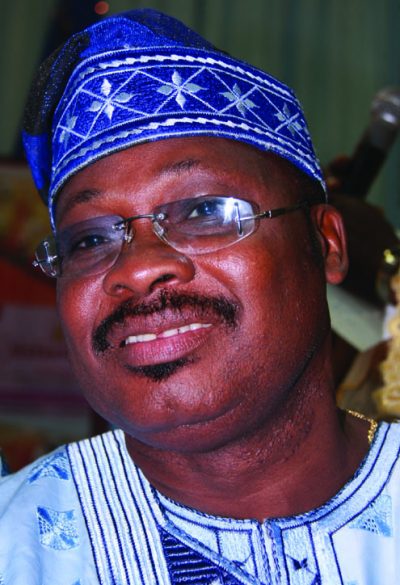 Oyo State Governor, Senator Abiola Ajimobi in a statewide broadcast to mark the second anniversary of his administration pledged to serve the state with a renewed vigour for the remaining part of his tenure promising to ensure infrastructural revolution that would further propel the socio-economic development of the state.

Ajimobi said he would do more to ensure better life for the people of the state stressing that the remaining part of his tenure would see the construction of the 110-kilometre Ibadan Circular Road.

In the area of economic development, Governor Ajimobi said he would pursue the development of a Cargo Airport to serve not only the state but also neighbouring states and West Africa.

“We shall also continue our programme of infrastructure development and a holistic transformation of our education, energy and health sectors”, he said.

While admitting that the journey of the last two years had been eventful and that the road had been rough and tough, Governor Ajimobi, who attributed his modest achievements to the grace of God and the support of the people of the state said, “We are running a race in which we are conscious of our pedigree as administrators and our irrevocable promises to the good people of Oyo State. I recollect that we, on our honour, promised to make Oyo State better than we met it. We promised to make a difference in the chaotic and filthy social order that we inherited, through transparent and good governance”.

Two years down the lane, the governor said that the peace and security which were necessary conditions for development had been ensured, thus changing the status of the state from one afflicted by violence, thuggery and brigandage to one of the most peaceful states in Nigeria.

“We also reckoned that a dirty Oyo State or a dirty Ibadan – the capital of the state – which the United Nations Development Programme, some years back, ranked as one of the filthiest in Nigeria was not acceptable to us. We reckoned that a clean and welcoming environment would invariably attract investors to our state, thereby creating employment and expanding our economy, to the benefit of our people.

He expressed happiness that in the last 24 months, his administration had made considerable progress towards achieving this goal adding, “We now have a clean, friendly and welcoming environment. The benefits of these are already here for us to savour. Reputable investors, including one that is constructing the largest soya milk industry in Africa, another building the largest bakery in West Africa, yet another erecting the largest poultry that will produce the highest number of day-old chicks in Nigeria, a major food processing company, a major dairy producer and the biggest outsource agency for the telecoms industry in Nigeria, are already in Oyo State”.

For the traders displaced from the streets owing to environmental degradation, the governor said that government had already been providing alternatives in the construction of several neighbourhood business complexes and markets, with healthcare services, fire-fighting systems, conveniences and community services.

The markets and business complexes, he said, would accommodate thousands of traders who would now do business in clean, safe and secured environment, while the traders would also be provided with interest-free loans as they move into these markets, an initiative which he described as the first in the annals of the state.

In the area of public infrastructure, he noted that the roads he inherited were deplorable, mostly narrow, pot-hole laden, limited in reach and grossly inadequate to serve the rapid economic development that was envisioned for the state.

“I am happy to report to you that, in two years, this administration has changed the story of the state of our public infrastructure. We have constructed more than 215 quality roads in all the 33 local government areas of the state. We have gone a notch higher by dualizing all the major entry points to major towns in the state. Thus, we have road dualization going on in Ibadan/Ibarapa, Ogbomoso, Oyo and Iseyin, covering all the geo-political zones of the state. At the risk of sounding immodest, those who commute on these roads would testify that ours is a government of purpose and quality,’’ he stressed.

Governor Ajimobi also said that agriculture had been strengthened through the procurement of 320 tractors for farmers in the state aimed at empowering farmers to produce bountiful harvests for the sustenance of the populace.

The governor, who placed on record that his government inherited a parlous healthcare system, said drugs worth over N200 million had been provided for public hospitals and that rehabilitation of general hospitals had also commenced

“In the same vein, we have provided ambulances which are located at strategic centres in the state to rescue victims of accidents and patients in need of urgent medical attention”, he said.

Governor Ajimobi also disclosed that the satellite campuses of The Polytechnic, Ibadan in Saki and Eruwa had been upgraded into full-fledged polytechnics, so as to open more opportunities of tertiary education to the youth.
He thanked the people of the state for their support and understanding which had led to his modest achievements for which his administration had received commendations and accolades from all and sundry, both within and outside the country.