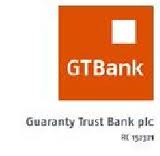 Michael Miebach, President, Middle East and Africa for Mastercard, the Platinum sponsor of the Marakech, Morocco event presented them with the Award at the close of the ceremony of which the guests included Regis Immongault, Minister of Mines for Gabon and Senegalese R&B and hip hop recording artist Akon.

The High Patron of the Awards, the African Development Bank, was represented by the President of the bank himself Donald Kaberuka with opening remarks given by the head of the private sector operations, Tim Turner.

Nizar Baraka of Morocco was declared Minister of Finance of the Year on home soil for his achievements in the past year including the $1.5bn dollar issuance and prudent economic reforms.

Nigeria yet again had a strong presence on the winners list with African Banker of the Year going to Aigboje Aig-Imoukhuede from Access Bank, Best Bank in West Africa to FirstBank Nigeria, and Sanusi Lamido Sanusi as Central Bank Governor.

Guests were treated to a star-studded cast of performances at the ceremony that took place during the African Development Bank Annual Meetings at the Taj Palace Marrakech.

Michael Joseph, renowned for bringing the mobile banking innovation, M-Pesa, to international recognition and Jean-Louis Ekra, President of Afreximbank, and, were also amongst individual winners. They won the African Banker Icon and Lifetime Achievement Award respectively.

Supporting Partner, Made in Africa Foundation, lead by the Ghanaian fashion designer Ozwald Boateng, had more surprises in store with a live fashion show.

Commenting on the ceremony, Omar Ben Yedder, Publisher of African Banker said “Once again it has been a night where some of the exemplary leaders we have on this continent have been rewarded for groundbreaking work. It should be noted that the work is far from finished and banks and policy makers need to continue to work together to create the instruments to reach out to the real economy for whom many of the products and services are out of reach.

The African Banker Awards are organised by African Banker magazine, IC Events and BusinessinAfrica Events. It is a landmark event that celebrates excellence and best practices in African banking and finance.

Mastercard is the Platinum sponsor for this year’s African Banker Awards with the Made in Africa Foundation as the Supporting Partner. Other sponsors and partners include Banque Atlantique (Groupe Banque Centrale Populaire), Banco de Poupança e Crédito, Bank of Industry, Coris Bank, BGFI Bank, Ecobank Nedbank Alliance, FirstBank, La Congolaise de Banque and the Islamic Corporation for the Development of the Private Sector.