Samsung chief pulls son out of school after scores row 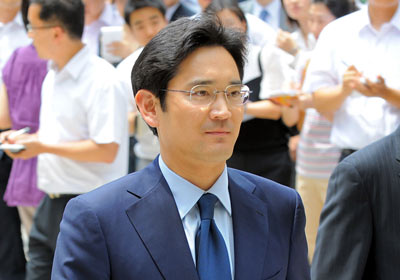 Jay Y. Lee, the number-two at Samsung Electronics and only son of chairman Lee Kun-Hee, has publicly apologised for a controversy over his own son’s entry to an elite school.

Although he accepted no suggestion of wrongdoing, Lee said he regretted not paying closer attention to the issue before it developed.

“I am sorry for having caused a stir over my son’s schooling… it was my fault for not being able to check up on this properly,” Lee said in a brief statement.

Lee confirmed he had pulled his son out of the school and was believed to be seeking his transfer to another.

“I thought that it was right to take my child out due to the controversy,” he said.

The case has caused outrage in the education-obsessed country, where qualifications from top colleges are crucial for careers and even marriage prospects.

The Lee family founded and controls Samsung Electronics — the world’s biggest technology firm by revenue and the top maker of memory chips, televisions and mobile phones.