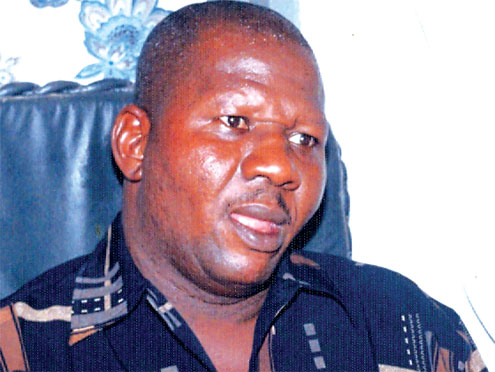 An Appeal Court sitting in Igbosere, Lagos State, southwest Nigeria, Friday set aside the award of N25 million damages in favour of popular actor and movie producer, Mr. Babatunde Omidina a.k.a. Baba Suwe by an Ikeja High Court in a judgement delivered by Justice Rita Pemu.

The appellate court said the award of the damages was not only excessive but oppressive. The court said National Drug Law Enforcement Agency, NDLEA, was in order to have detained Baba Suwe for observation as an agency of government saddled with the responsibility of curbing the activities of  drug related offences.

Baba Suwe was arrested on 12 October, 2011 at the Murtala Muhammed International Airport in Lagos by NDLEA officials as he attempted to board an Air France flight to Paris, France, on suspicion that he concealed hard drug in his stomach. And he was placed under observation for 21 days.

During Friday’s ruling, the court further said it had taken into account that NDLEA approached the Federal High Court to obtain an order to further detain Omidina for further observation.

“This order was obtained so that his fundamental right to movement and liberty will not be abridged.

“NDLEA as an agent of government is empowered to check the activities of drug traffickers and cannot be said to have violated Mr. Omidina’s right in the performance of their duty.

“Therefore, to have awarded N25 million in favour of Mr. Omidina is oppressive, excessive and unreasonable. Consequently, the judgement of the Ikeja High Court which awarded the judgement sum is hereby set aside,” Justice Pemu ruled.

In his reaction, Mr. Bamidele Aturu, counsel to Baba Suwe, told the appellate court that the matter will not end there as they are pursuing it to the Supreme Court.

When on 24 November, 2011, Justice Yetunde Idowu of an Ikeja High Court in Lagos ordered NDLEA to pay  Omidina N25 million, as compensation for his wrongful detention over allegation of possessing cocaine, many believed that it was justice well-deserved.

For 21 days, officials of NDLEA kept Omidina in its custody, insisting that the comic actor had stacks of banned substances in his stomach.

Their conviction was that several scan carried out on him showed he had some banned substance concealed in his stomach.

The entire country waited anxiously for him to excrete the substance. Day after day, Baba Suwe was taken from one hospital to the other in an effort to get the presumed substance out.

Twice his stomach was flushed but nothing came out. Tired of the humiliation, Baba Suwe through his lawyer, Mr. Bamidele Aturu, approached a Lagos High Court seeking for the enforcement of his fundamental human right.

As expected, Baba Suwe’s suit made headlines and that might have informed the speed with which the matter was handled.

During the less than two months trial, Bamidele Aturu, insisted that the continued detention of Baba Suwe for 21 days without trial was a breach of his fundament human right as enshrined in the 1999 Constitution.

He prayed for the release of his client and a N100 million compensation.

On its part, the NDLEA said it had reasonable ground to hold Baba Suwe in its custody as various scans conducted on him confirmed there were banned substances concealed in his stomach.