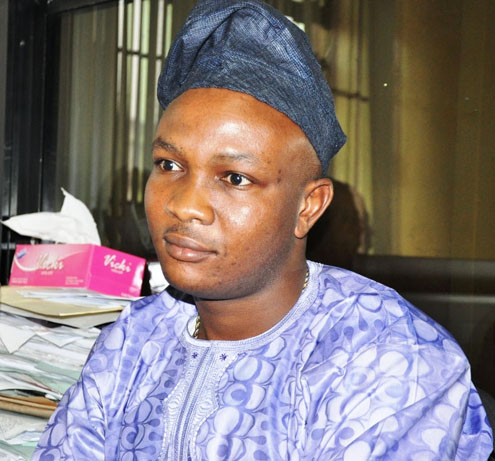 A suspected fraudster who impersonated a former Plateau State Governor, Fidelis Tapgun and allegedly duped a serving senator of N5 million has been arrested by the Economic and Financial Crimes Commission, EFCC.

Vincent Bulus Venman a.k.a Fidelis Tapgun, was apprehended at a bank branch in Jos, Plateau State while attempting to withdraw the sum of N2 million sent to him as a bait by the serving senator whom he had earlier defrauded of N5m by claiming to be Ambassador Fidelis Tapgun.

Bulus’ undoing was his insistence to further milk the senator after collecting N5 million sent to him in two installments through the account name, Venman Vincent Bulus with number 30775681.

His demand for another N2 million after collecting N5 million got the senator suspicious which triggered a petition to the EFCC.

The Commission swiftly initiated investigation and advised the senator to play along.

The suspect was subsequently nabbed as he tried to withdraw the money sent to him. Items recovered from him include the sum of N2.5 million, a Toyota Prado SUV 2012 model and a bank saving account withdrawal booklet.

The suspect will soon be arraigned in court.