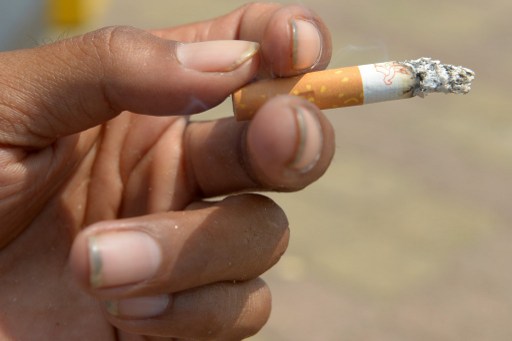 Russia’s smokers openly defied an ambitious new ban on public smoking as it went into effect Saturday, calling it unfair and casting doubt on the government’s ability to enforce it.

Moscow residents continued to light up outside metro stations and colleges even though these are now designated no-smoking zones, according to the first stage of a new public health law that is being gradually introduced in a government bid to halve the number of smokers in the country.

“I think it’s unfair toward the smokers. To smoke is a personal choice,” said 29-year-old Yulia. “It will be like the law against drinking in public, which doesn’t work,” she added, citing police corruption as one reason tough enforcement of the ban was unlikely.

An estimated 44 million Russians use nicotine on a daily basis, according to the government.

The first stage of the anti-tobacco plan makes it illegal to smoke on buses, trams and other municipal transport as well in public spaces such as lifts, at railway, metro and bus stations, at airports, administrative buildings and at education and health facilities.

From June 1, 2014, the ban will be widened to include ships, long-distance trains, train platforms, hotels, cafes and restaurants. Cigarette advertising and sales will also be curbed significantly.

“I don’t think it’s a good idea” to ban smoking in bars and restaurants, said Tamerlan, 20, as he defiantly lit up just outside a metro station in central Moscow.

“I think people will continue smoking no matter what,” he added. “If they will seriously enforce the law, okay, we won’t smoke, but for now, nobody is getting arrested.”

Prime Minister Dmitry Medvedev said last year that smoking-related diseases kill an estimated 400,000 people in Russia every year, and that increasingly younger people are picking up the habit.

According to a survey carried out by Levada Centre last year, 81 percent of the Russians polled were in favour of banning smoking in public places.

“Everyone smokes here, including the women,” she said. “Smoking is bad, and it’s ugly esthetically.”

The Duma last month passed in an initial reading the bill, setting up fines for violating the law, which start from 1000 rubles ($31) for smoking in forbidden areas and climb to as much as 500,000 rubles for illegal tobacco advertising.