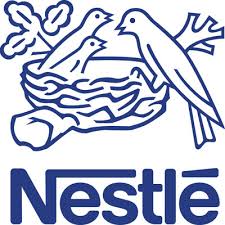 “There is bit of a depressed consumer feeling at the moment, certainly driven a lot by what’s going on in the north,” outgoing Managing Director Martin Woolnough, 58, said in a May 29 phone interview from Lagos, Nigeria’s commercial capital. “There’s definitely stress on the economy.”

President Goodluck Jonathan imposed emergency rule in the northeastern states of Borno, Yobe and Adamawa on May 14 to step up the fight against Islamist militants, who he said were taking over parts of the country. The armed forces of Africa’s largest oil producer then began an air and ground offensive against the organization Boko Haram, which is seeking to impose Shariah law in the country.

Nestle, the largest food company in Nigeria, temporarily withdrew about 10 of its sales staff from the three states for a week, the second time in four years it has evacuated employees since the insurgency began, Woolnough said. The company has about 140 sales staff in the country.

“People still need to eat food and cook their stews, so fortunately we are less affected in the north than other products would be,” said Woolnough, referring partly to the company’s food seasoning Maggi, which he said was a “very strong brand” in some areas affected by the fighting.

Woolnough retired on May 31 after five years as head of the Nigerian unit of Vevey, Switzerland-based Nestle SA (NESN), the world’s largest food company with brands including Nescafe coffee and KitKat chocolate bars. He handed over to Dharnesh Gordhon, Nestle’s former sales director in southern Africa.

The marketing of products in the north is being hampered, Woolnough said. “We can’t get teams up there,” he said. “That’s likely to impact the middle to long term brand equity in the future.”

Nigerian food prices, which account for more than half of the consumer price index, advanced 10 percent in April from a year earlier, compared with a 9.5 percent increase in the previous month, according to the National Bureau of Statistics.

“Prices are going up, there’s no doubt inflation is real. I would suggest it’s higher than officially shown, especially when you think about food,” said Woolnough. “It’s bigger than people can accommodate in normal life.”

Nigeria’s headline inflation accelerated to 9.1 percent in April, from 8.6 percent the previous month. The central bank maintained its benchmark interest rates at a record high on May 28, concerned that the government’s military action against Islamist insurgents will increase prices.

“We’re absorbing most inflationary related impacts and finding other cost-saving initiatives to offset, but there are other companies and smaller ones that are really going out of business, small businesses just cannot keep up with that pace,” Woolnough said.

Nestle has invested 500 million Swiss francs ($524 million) over the past decade in Nigeria, building a second factory in south-western Ogun state which opened in 2011 and expanding its existing one in Agbara in the southern Delta state. The company also produces Milo chocolate malt and Golden Morn cereal.

The company has bought land south of the capital, Abuja, and has started work on a third factory to produce bottled water, Woolnough said.

Nestle Nigeria’s stock has advanced 43 percent this year to 1,001.01 naira on the bourse in Lagos as of May 31, compared with a 35 percent gain for the Nigerian Stock Exchange All-Share Index. (NGSEINDX) The naira has weakened 1.3 percent against the dollar this year and was unchanged at 158.20 per dollar as of 7:25 a.m. in Lagos after falling the most since February in May.

Parent company Nestle said in April that sales were hurt by “softening” in some emerging markets. First-quarter revenue advanced 4.4 percent in the Asia, Oceania and Africa region, below analysts’ estimates and less than half of the 11 percent growth in the same quarter last year.