Sexual Harassment Chased Me From Nollywood 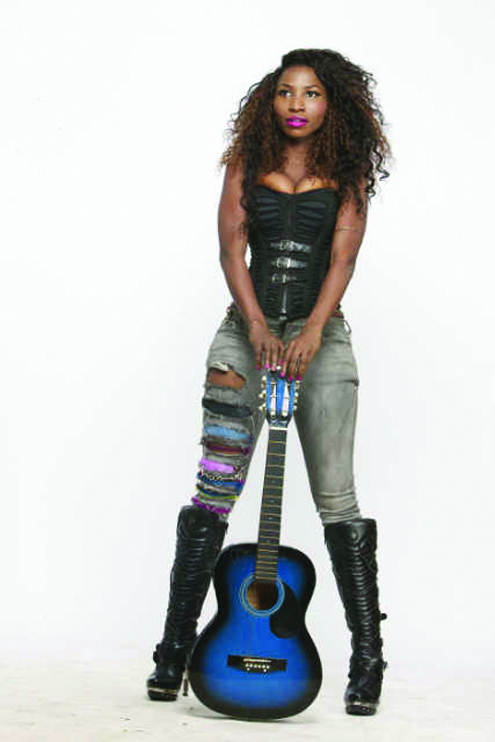 Multi-talented entertainer, Donna Adja a.k.a. Donnadiva talks about her career and why she quit Nollywood. Excerpts:

What have you been up to since you released the song, Shut Up?

The music industry is not one where you just keep singing. You need to evaluate everything you do and that is what I have been doing. I dropped the single and waited for a while for my fans to appreciate the song before coming out with a new song. I have since concluded work on a new single titled Gaga. Presently, we are promoting the video which will drop soonest.  The Gaga video is a little bit extreme, it is crazy and it insinuates that you should let the music take you to another level. The video is one of the best things you have seen in the industry. It will be dropping in the next two or three weeks and I am sure people will be awed when they see it.

What is unique about this new video?

I introduced something that has never been done in the history of Nigerian music. The avatar played a prominent role in the Gaga video. It is all about doing something different. It feels good to be the one setting that milestone. There are other things that I will still do in the industry that will make people wonder where this lady has been all the while.

From Shut Up to Gaga, you seem to be an aggressive lady. Why is this?

The Shut Up song was basically about people who were running me down. I wanted to tell them to shut up. It is not as if I was fighting anybody, but I wanted to tell my fans that if you appreciate yourself, people will start appreciating you, and if you love yourself, people will start loving you. When you are working on something a lot of people will come out and say different things about you. Some will say it is a difficult industry and that you can’t make it, but if you believe in yourself you will progress in that field. If you have faith in what you do, you will succeed.  For the song, Gaga, it is about music and its ability to take you high. I just wanted to do something different, unique and crazy.

What inspired the song, Gaga?

The inspiration for the song was basically music. I was looking for a song that would make you work without getting tired. If you want to focus on something and you don’t want to be distracted then the song you should listen to is Gaga. I know a lot of people in night clubs, churches and several other places love music and that was why I decided to do the song for them.

What genre of music do you play?

I play a wide range of music from hip-hop to pop and Afro pop. I am not going to stick to one kind of music because I don’t want people to get tired of me. I have performed with a live band for five years and during that time I tried all kinds of music and I have come to know it is not wise to say you want to focus on one genre of music. When my album eventually drops, it is going to have a bit of everything. You can call me a selfish person, but I don’t want to eat one meal day in day out.

Is the combination of several genres in your album for entertainment purposes or basically for commercial reasons?

It is basically about entertainment. It is about inspirational songs. It is about bringing different songs together and making sure they entertain my fans. I don’t want to do a song that will be all noise, but even if I have to do a dance track it has to make a lot of sense.

You’re also a designer, but a few people are aware of that. Why?

The idea is to build a successful brand as a musician and then use it as a platform to launch my clothing line. By the time I am accepted as an artiste, you will see how the fashion aspect will do. For now, I am just focusing on designing things for myself. The costumes for the Shut Up video were made by me and those for the Gaga video which we are promoting presently were also done by me.

What makes your fashion taste exceptional?

It is basically how I put everything together. The clothes, shoes and accessories might be ordinary when I pick them, but when I am done with my own addition, they automatically become different. Even if I buy them from you I am sure you won’t recognise the clothes when you see them on me.

What kind of lady are you?

I won’t say I am a trouble maker, but one thing is that I have a little trouble kept somewhere and when it is necessary it comes out. I am an Urhobo girl and trouble comes naturally.

Why was your foray into the movie industry so short?

I came to Lagos to act in the movie industry, but somehow it was not working so I started doing live bands, studio backups and from there people were telling me I was too good to be a back up person and I decided to do my own thing. The movie industry was so challenging. I got roles but not the kind of roles I wanted and there was some kind of politics in the industry and I just wasn’t ready for that.

Are you referring to the politics of sexual harassment?

Yes, that was too much and because I was not ready for it, I decided to find something else to do that people would see and say that lady has talent.

Were you a virgin when you were offered those conditions?

So why didn’t you want to sleep your way to stardom?

I knew that if I started trading my body for roles, I would be pushing God away from me; I would only be telling God I can use my body to get there. I didn’t want to do that because I believe in Him so much. I prefer not to trade my body to become a star.

But men are still chasing you around?

I know it happens everywhere, but I just wasn’t ready for it. Besides, I knew I had something more lucrative to do rather than just keep waiting for auditions to come. With my live band I was able to travel and you know music is a different game, which people get to see and hear as you deliver. People know your real worth and they will evaluate you based on it, compared to when producers chase you around just because of a role. I feel what I am doing now is far better than the movie industry I left.

Are you a freak for labels?

Despite being a designer myself, I am a freak for labels. My love for things like that started from when I was a baby because my mother was a good clothier. So, I picked up a few things from her. I am also a creative person. I can put two clothes together and by the time I am done with it you will be asking me where I bought it from.

Do you still have interest in Nollywood?

Of course, when I am grown I have a good story that I want to tell. It is still in my head, but I hope to put it together and do the production when the time comes.

Tell me about your kind of man?

I like cute guys who can represent you anywhere. I don’t like saucy and stingy guys. I am more attracted to simple guys.