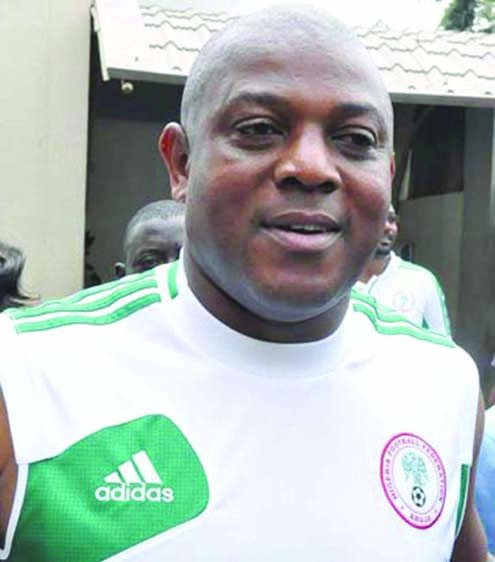 CSKA Moscow striker, Ahmed Musa scored an 81st minute goal to give the Super Eagles of Nigeria a 1-0 victory over Kenya’s Harambee Stars in the 2014 World Cup qualifier at the Kasarani Stadium on Wednesday.

The victory meant the Eagles have now soared clear of all opposition in Group F with eight points, and have  to secure  qualification for the World Cup in Brazil next year on Saturday if they draw against Namibia in an away fixture.

The Eagles barely stayed alive in the first half of the crucial game against Kenya, but the half ended 0-0. The Nigerian side created several chances in the second half, but had to wait till the 81st minute of the match for the lone goal to avoid another heartbreak for Nigerians.

The Harambee Stars were the better of the two sides with their clear tactical football, and awareness all over the pitch.

The Eagles have had to do serious rear guard action, with the Kenyans probing and pushing the Eagles’ defence.

Nigeria found themselves always a man short in the final third, with most of the players packed in the narrow space between the halfway line, and the edge of the Nigerian 18- yard box.

But the Eagles found their groove in the second half, before Musa sealed the win with a lobbed goal. The full house at the Kasarani Stadium were disappointed that the home team lost again to Nigeria’s Super Eagles. The 1-0 win was Stephen Keshi’s first away victory in a competitive game since he took over the coaching job of the team.

Meanwhile, Malawi were held to a 0-0 draw by Namibia in the same group in Blantyre. The Flames will see it as a missed opportunity, especially as Nigeria scored late on against Kenya to take command of the pool.

The result means Malawi stay second in their qualification group with six points from four games, two behind Nigeria. The team face a herculean task of winning their last two games, one of which is in Abuja.

Malawi coach Eddington Ngonamo was able to field a strong line-up that included most of his South African-based stars.

But in a tight battle that included few chances, the home side were not able to break the deadlock.