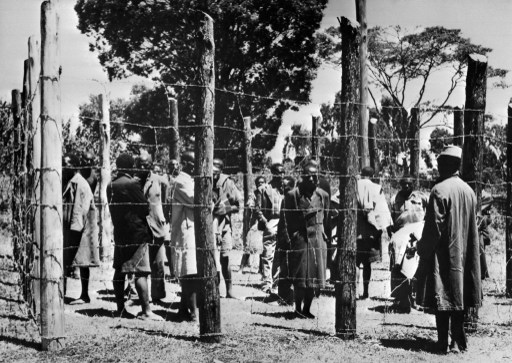 Britain was to announce Thursday it will pay compensation for thousands of Kenyans who were abused and tortured in detention camps during the 1950s Mau Mau uprising under colonial rule.

The Foreign Office last month confirmed that it was negotiating settlements for claimants who accuse British imperial forces of severe mistreatment, including torture and sexual abuse.

Hague was also expected to express regret for the treatment that thousands of Kenyans suffered while being held by the British army, press reports said.

Lawyers for the Foreign Office had unsuccessfully argued that legal responsibility for what happened under the colonial government had been inherited by the Kenyan government when the country was granted independence in 1963.

In a test case, claimants Paulo Muoka Nzili, Wambugu Wa Nyingi and Jane Muthoni Mara last year told the High Court in London how they were subjected to torture and sexual mutilation.

“We are looking forward to the statement by William Hague in the House of Commons,” said their lawyer Martyn Day.

“We very much hope that this will be the final resolution of this legal battle that has been ongoing for so many years.”

In its statement last month on negotiating a settlement, the Foreign Office accepted “there should be a debate about the past”.

“It is an enduring feature of our democracy that we are willing to learn from our history,” it added.

“We understand the pain and grievance felt by those, on all sides, who were involved in the divisive and bloody events of the Emergency period in Kenya.

“Our relationship with Kenya and its people has moved on and is characterised by close co-operation and partnership, building on the many positives from our shared history.”

Tens of thousands were detained, including US President Barack Obama’s grandfather.

Lawyers for the Kenyan claimants have said the cases were not brought sooner because the research piecing together the paper trail to London had not been done, while the Mau Mau had been a taboo subject in Kenya until recent years.

The discovery of a vast archive of colonial-era documents which the FCO had kept hidden for decades revealed the extent of the mistreatment.

That has led to suggestions that London could also face fresh claims from other former colonial administrations.

Boxes of secret files relating to Kenya were spirited out of the east African country just before independence.

Some of those documents, released in November, showed how British colonial authorities in Kenya tried to hush up the March 1959 Hola detention camp massacre, in which 11 men were beaten to death and many more were injured.

The files shed more light on the deaths, which were initially blamed on contaminated water, though autopsies found the men were severely beaten. No prosecutions were ever brought.

The papers revealed that prison camp staff made no attempt to tell the truth about what happened, while the government minister for Britain’s colonies wanted the incident to “drop out of sight”, according to the files.