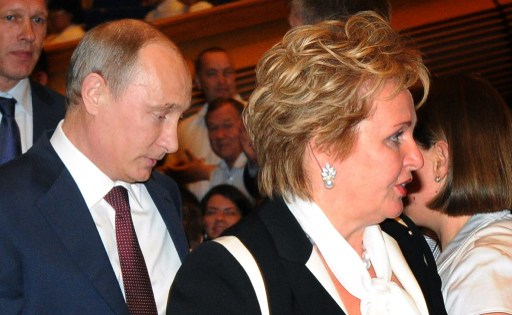 Russian President Vladimir Putin and his wife Lyudmila Thursday announced their divorce after three decades of marriage, in a stunning revelation that ended years of speculation about their union.

The pair, who has two daughters in their late 20s, made the announcement side-by-side in a joint interview with state television after watching a ballet performance inside the Kremlin.

Persistent rumours have swirled for years around Putin’s marriage and even alleged mistresses but until now there has been a total taboo over discussing his private life in mainstream Russian media. “It was a joint decision,” Putin said in the interview with Rossia-24 television which appeared to have been carefully choreographed in advance. “We are always going to be very close to each other. I am sure, forever.”

“Our marriage is over, really because of the fact that we practically never see each other,” added Lyudmila, who has been almost invisible in public in recent years.

“It really was our joint decision. Vladimir Vladimirovich is completely drowned in work, our children have grown up and they are living their own lives,” said Lyudmila.

“I really do not like publicity. Flights are difficult for me and we practically do not see each other,” she added.

Putin echoed that, unlike him, Lyudmila deeply disliked publicity and praised her for her devotion in “standing guard” for so many years. “We have very good relations,” said Lyudmila. “I am very grateful to Vladimir Vladimirovich that he still supports me. And the children, he really cares for them. And the children feel this.”

“You can say it is a civilised divorce,” she added.
Putin also rejected rumours that their daughters Maria and Ekaterina were living abroad. “They received their education in Russia and live in Russia all the time,” he said.

The pair made the revelation after together watching the classical ballet “Esmeralda” performed by the State Kremlin Ballet company at the State Kremlin Palace. The ballet, a rarity in the West but popular in Russia, is based on Victor Hugo’s novel “The Hunchback of Notre Dame” and tells the story of the hunchback Quasimodo’s hopeless love for the gypsy Esmeralda.

Bizarrely, the state television journalist asked the pair about the ballet before daring to pop the big question about divorce. Putin praised the ballet as “perfect, great music, production, performance.”
His spokesman Dmitry Peskov, contacted by AFP, confirmed the divorce. In the interview, neither Putin, 60, nor Lyudmila, believed to be 55, gave any clues over their current private situations.

The divorce announcement, while ending the speculation about their marriage, appears set to unleash a new frenetic guessing game about who the Russian strongman could be seeing now.