I'm Not What You See On Videos —Tiwa Savage 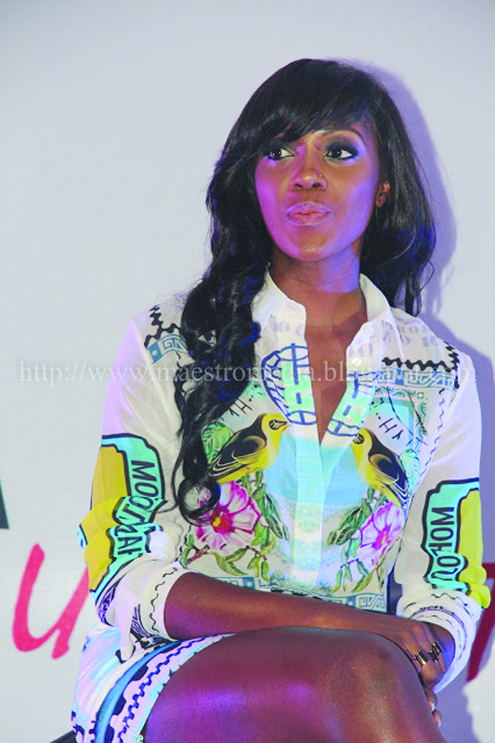 “I am not a sex symbol at all. If you ask my family and friends, they will tell you that I am not what they see on videos. I am a very laidback person,” Tiwa said.

The Mavin Records first lady in a chat with P.M.NEWS Entertainment Cafe during her recent lavish album listening party held at the Wheatbaker Hotel, Ikoyi, Lagos, said that naturally she was an outgoing person but all that has changed now. “I am now under a microscopic lens…as I am more cautious of my actions now as I could make a little mistake and it gets blown out of proportion because it’s Tiwa Savage,” she added.

Speaking on her debut album titled Once Upon A Time, Tiwa said the album was deliberately delayed so as to deliver a work worthy of international rating. “This is an album that I don’t want to be rated as the usual, patchy production. I want it to have a meaning. The songs in the album are of international standard and I hope it will catch fans’ attention in America, Europe and Asia,” said Tiwa, the first African female PEPSI Ambassador.

She also added that she has dedicated a track in the album to her fiance, Tunji ‘Tee Bliz’ Balogun because “he understands my journey and career. He encouraged and pushed me a lot to attain this relative success.”

The album slated for release on 14 June is a 21-track project. Its official tracklist released shows songs such as opening tracks Once Upon a Time; Without My Heart; Kele Kele Love; Love Me, Love Me, Love Me; Folarin; and Ife Wa Gbona. Others include Wanted; Ileke; Olorun Mi; Why Don’t You Love Me; Fela Interlude; Shout Out; Get Low; and Eminado.

Tiwa has the pleasure of having top artistes featured in a rich collaboration that critics believe would make the album a success.

“I am very positive about this album as I have put in all my best while working on it. The best I can do is pray that the album becomes successful here in Nigeria and across the borders of Africa,” Tiwa stressed.

Tags:   Afro-Pop   Music   nigeria entertainment   not a sex symbol   Once Upon A Time   Tiwa Savage