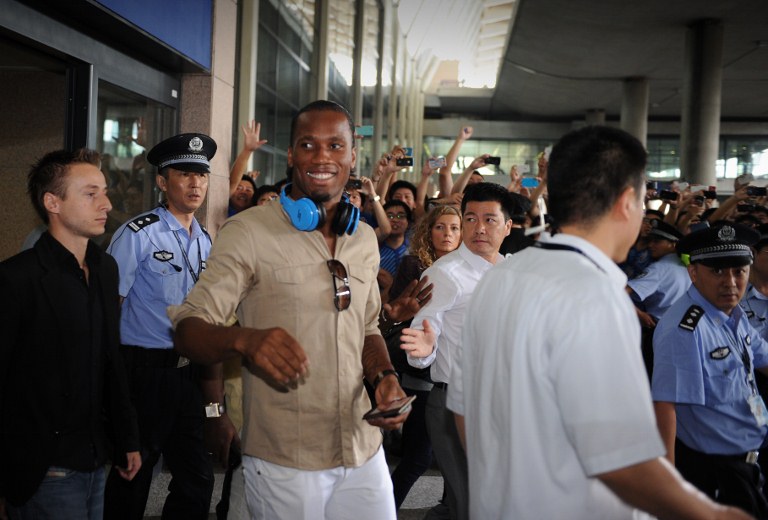 Former Chelsea star Didier Drogba is building a new image outside the soccer field: as a business tycoon.

He has bought a 5 percent stake in an Ivorian mine, the West African country’s communications minister Bruno Kone has said.

The Ivorian government sold part of its share in the Ity gold mine to a group led by miner La Mancha, which is headed by Egyptian businessman Naguib Sawiris, who acquired a majority stake in the Canadian Company last year.

Ahramonline says no financial details were given of the deal, which is part of a transaction involving La Mancha increasing its stake in the Ity gold mine, while state mining group Sodemi gives up part of its holding.

Drogba, who plays for Turkish side Galatasaray, is a national hero In Ivory Coast, having led the Elephants to their first soccer World Cup appearance in Germany in 2006. His career at Chelsea culminated in a victory over Bayern Munich in last year’s Champions League final, in which he scored the winning penalty.

He has also won popular support for his humanitarian work, including efforts to foster reconciliation after nearly a decade of turmoil that left the country divided between northern rebels and southern government loyalists.

Kone said the Ity mine deal was intended to boost investment in the mine, “which had begun to decline due to a lack of resources.”
Sodemi is giving up 14 percent of its 44 percent stake, allowing Canadian miner La Mancha to raise its stake to 55 percent from 46 percent in the mine, which is in the west near the border with Liberia and is the country’s oldest gold mine.

La Mancha Chairman Sawiris – an Egyptian tycoon better known for his involvement in the telecom sector – had said in March the Canadian group had taken full control of the mine. But the company later said negotiations to increase its stake had not yet been completed.

The Ivorian state’s stake is unchanged at 10 percent of the mine, which has produced more than 800,000 ounces of gold since it opened in 1991.

Ivory Coast, the world’s largest cocoa grower, is trying to expand its mining industry, left underdeveloped for decades as the government concentrated its efforts on its agricultural commodities sector.
Total gold production stood at around 12 tonnes last year and the government has forecast annual output reaching around 25 tonnes by 2015 as new mines come on stream.