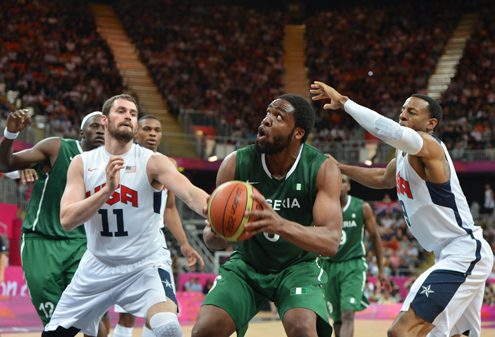 D’Tigers on 30 May  ended a four – day first phase camping of home-based players for Afrobasket at the National Stadium in Abuja.

Four players out of the 12 invited home-based players would be selected to join their counterparts from overseas in the second phase of camping that will hold in a yet to be decided date.

While speaking with P.M.NEWS Sports in Lagos, the 66-year coach said that only a long camping period would guarantee a good performance for D’Tigers at the championship in Ivorian capital of Abidjan in August.

“We need to camp the national team for a long time if we want them to surpass what they did at the last championship in Madagascar. When I was the coach of D’Tigers, we used to have enough camping time to prepare the team for a major championship like the Afrobasket. Now that we are highly rated in Africa and the world, we can’t afford to disappoint our fans,” the former Lebanon coach stated.

While reacting to the plan to use mostly foreign-based players to prosecute the bi-ennial championship, the one time coach of First Bank Club of Lagos said: “It does not matter whether we use players based in the country or outside the country. As long as they are Nigerians and are willing to play for the country. Every country calls up their best players for their major tourneys. I hope the technical crew would give four home-based players a chance to showcase their skills at the championship.”

Commenting on the quality of coaches in the domestic league, Otenigbagbe said: “There is no gainsaying in the fact that our coaches need exposure to better their technical know how. Even while I was still coaching, I used to go abroad to educate myself on the new development in the game. Exposure go along way, if you don’t train and re train yourself, you will get rusty.”