Build Your Business Around Your Passion 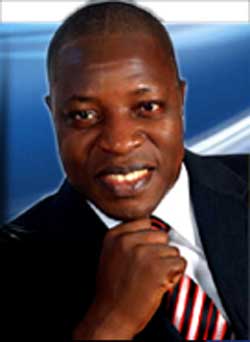 My first appointment with our mentor was meant to really set the stage for the conversation series and agree on the rules of engagement, but it turned an interesting encounter. It was also not difficult to guess that you were in a creative environment, what with the many artworks that dotted everywhere and a couple of artists hanging around the expansive compound for one thing on the other.

After spending time together to reminisce on the journey thus far and a couple of other biographical issues, we went straight into the business of the day by asking him to isolate the factors that have been responsible for his success.

His response is that he would advise anybody going into any business to always start in the area in which the individual has passion. His reason: “I have been in this business for more than four decades and I have witnessed many businesses to succeed and I have seen some fold up but one thing I have observed is that those who stand in their areas of passions stand a better chance of succeeding if they can had one or two skills to what they are passionate about.”

There are concerns associated with the issue of passion. Some are concerned they have multiple passions and they usually have difficulties in knowing which one to stay with. Some even think they are clueless as to what they are good at, and as such they try to figure it out by trial and errors. Some that have even discovered their passions have difficulties in turning those passions into profitable business empires. Are there creative ways of addressing those concerns and how did our mentor discover his own passion, develop it and eventually turn it into a thriving business empire?

Our mentor says: “I believe everybody on this planet earth has something he came with, some talents he came with to enable him or her fulfil his or her destiny. It is the responsibility of every person, therefore, to discover that thing and commit the rest of his or her life to developing the gift. That is where the breakthrough will come from.

“I can say that my gifts came with me from my mother’s womb. I mean it. I started to draw funny things as early as I could remember. At about the age of eight, I started to notice that I could draw without any formal lesson in fine art. Besides, I discovered I could play musical instruments and a bit of acting. I found myself simultaneously with three talents that I was very good at without any formal training.”

I used to go out to watch a popular stage artist when I was about eight years old and returning I would represent what I saw in a cartoon format to explain to my friends who were not able to go. I would do it so vividly that those who did not attend would get the message and I want to believe that was where I got my gift of journalism and publishing form.

For people with multiple talents how then can they know which one to settle for especially the one they can spend the rest of their lives developing? Our mentor said: If one is very sensitive, one would discover that the nature would always sort things out. Certain events and certain opportunities would surface that would compel you to know which one to work with even if you have been experimenting with all your talents.

“Eventually, however, “I had to settle for the drawing aspect because that was the only talents I had a platform to express. When I was in University of Lagos, I was appointed the chief cartoonist for a campus magazine and that really brought the comedy aspect of me out. With my funny strokes, I was able to turn around the fortunes of the magazine moving from about 300 print run to 5, 000. My cartons were so funny. That got me excited. The moment I graduated from the school I started to gather cartoon materials I would use to launch my cartoon magazine. I worked with my father briefly after observing my National Youth Service, and in 1976 I launched my magazine and I have not looked back since then.”

For the first four years of the magazine, it was a one-man show. I wrote all the stories by myself, edited them, took them to the press, distributed to key agents and all other business. Apart from being able to save money, that hands-on was valuable to me. I must also add that one thing with the passion is that the more you use it the more you get better at it. In my own case, the more I draw, the more I get better at it. I still draw up till date. Indeed anytime I am in meeting, I try my hands on drawing. When I listen to people talk about things, all I am thinking is how to represent what they are saying in cartoons. In addition to using your passion frequently, you should also identify relevant trainings you can attend to turn your passion into skills.

It is not difficult to know how to convert your passion into money if you are very observant. When I was the chief cartoonist of that campus magazine, I observed that we were printing up to 5, 000 copies and we were selling virtually everything. Just very close to my gradation from the university it then occurred to me that I could publish a cartoon magazine that generates money for me. I did my mental calculation and I found that if I truly committed myself to that venture it would be a profitable business and that was what I did.

Don’t forget too that I told you I worked briefly with my dad and I saw how he was managing his business. I learnt how to record expenses and how to manage the little money we had them to be able buy more raw materials.  Besides, we were making money selling the magazine on the campus despite the fact that the packaging was crude. We were making as high as 100 per cent profit. The campus magazine was like a Guinea pig thing to me; it opened my mind to what was possible with little adjustments. In my mind, I saw that the market was waiting for me.

How has he been able to remain relevant for more than three decades?

He said: “Business to me is filling a vacuum. I discovered long ago that people loved jokes and any business that revolves around jokes would sell. That is why stand-up comedians are making money. People like to laugh. What I have done is to look at which format would match my passion and would also deliver jokes to people. Initially, I was publishing a magazine but when publishing became very expensive I transferred the same jokes into the television. The key is to be observant and flow with the tide rather than working against the tide. Since people were buying the jokes in a magazine format we were sure they would also watch it on television.

The trick is to look at what people want and position yourself to meet the needs. Talents come in many forms and you have to define the type of talents you have. For instance, some people can specialise in publishing jokes, other may be good at speaking jokes while yet others may be good at singing it. You need to find out where the demand is.Talent is not enough. You have to establish where the needs are and strive to meet them.

•Take inventory of the talents you think you have.

•Get your friends to confirm the same talents.

•Narrow the talents to just a few.

•Check which ones can generate money.

•Launch out and never look back but keep innovating.