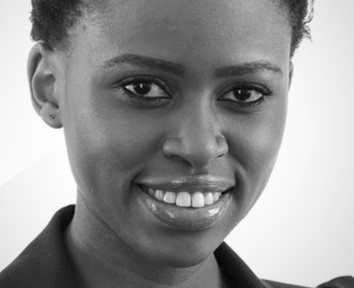 Uganda has reached the end of the road in this year’s Big Brother The Chase as LK4 has become the second Ugandan Housemate to be evicted from the hit reality television show.

LK4’s last night eviction followed the eviction of fellow compatriot, quirky Denzel, who only spent just one week in the show before he was evicted.

Uganda’s LK4 was not alone as viewers also voted out of the house Koketso, his South Africa girlfriend, who was nominated by Head of House to face eviction in the place of Bolt, the original nominee for eviction.

Koketso’s eviction means that South Africa’s hope now lies with Angelo who hasn’t been active in the game either. And now being the only South African left in Big Brother The Chase, he will have to up his game and so should Kenya’s Annabel.

The second Kenya housemate, Huddah was evicted alongside Denzel during the first eviction show leaving a huge load on Annabel’s shoulders.

During last night live eviction show, it was an embarrassing moment for LK4 who was put on the spot by show host, IK Osakioduwa, to explain what he meant Saturday night when he told Natasha that his mother had told him to be close to Nigerians and South Africans in the House to make it through.

His player tendencies had saw him double cross Nigeria’s Beverly and South Africa’s Koketso. He ended up being with Koketso who never left his side until they were evicted together.

This revelation earned him a stern look from Koketso who felt her Ugandan ‘prince charming’ could have been playing her all along.

The South African (Koketso) too also received flaks from the show host and viewers on social media when she tried to deny that she slept in LK4′s bed.

IK had to show her and the viewers the video with a satirical jibe: “Ok. You didn’t sleep in his bed, you just lay down in his bed!”.

With Selly and Melvin as the Heads of the two Houses (Rubies and Diamond) this week, it can be predicted that Nigeria and Ghana are safe from possible eviction this week.

After Rubies won the Airtel Arena Showdown on Friday, its Head of House, Selly, made sure to recruit her countryman Elikem into her House and sent Beverly to the Diamond House where her counterpart, Melvin, rules this week as Head of House.

With the exit of LK4 and Koketso, the number of housemates has been reduced to 24 and the chase is becoming intense for the$300,000 cash prize, as well as the chance of becoming a household name.

Fifteen votes were recorded last week with Hakeem getting 6; Feza, 3; Dillish, 3, Koketso, 2 and LK4 with just a vote.