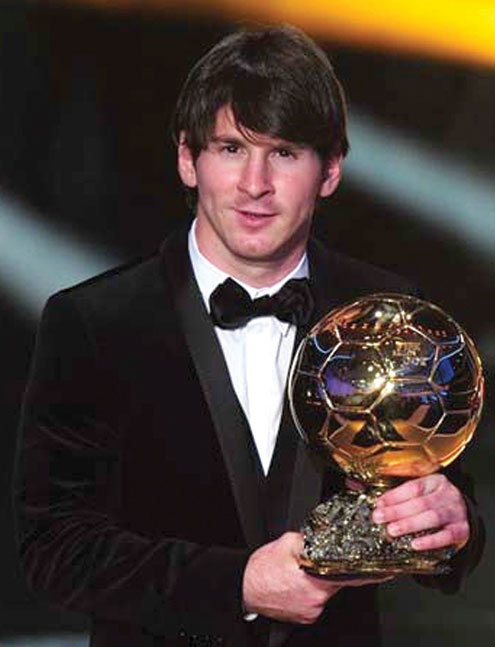 Argentina travel to Ecuador for their latest 2014 World Cup qualifier with a big doubt hanging over the head of star striker Lionel Messi.

A victory would all but assure the twice world champions’ place at next year’s showpiece in neighbours Brazil but without Messi, Argentina are not the same animal.

They may lead the qualifying standings by five points from Colombia after the pair’s draw in Buenos Aires on Friday but that match showed just how important the Barcelona great is to the team.

Messi played only the last half hour of an uninspiring match and afterwards his club and country team-mate Javier Mascherano admitted the team isn’t the same without him.

“Obviously if everyone was thinking that we wouldn’t notice his absence, they were mistaken. There’s a reason he’s the best player in the world,” said Mascherano.

Manchester City forward Sergio Aguero agreed: “You always notice it when Leo is in the team but we have to try to organise ourselves when he isn’t,” he added.

The problem is Messi has been struggling with a hamstring injury for some time.

It was the same injury that reduced him to a single brief substitute’s cameo in Barca’s 7-0 aggregate humiliation at the hands of Bayern Munich in the Champions League semi-finals a month ago.

According to press reports Argentina coach Alejandro Sabella is still unsure whether to risk Messi from the start or keep him on the bench.

Either way, a victory would leave Argentina on 28 points which should be enough to take one of the top four qualifying spots, barring an unlikely winning run from several rivals.

One of those would have to be Uruguay, the 2010 World Cup semi-finalists and current Copa America holders.

They are in a desperate situation having picked up only two points from their last six qualifiers.

It has left them outside the top four and even the fifth-placed play-off spot.

Uruguay are seventh and five points behind Chile in the final automatic qualification spot as well as three behind Venezuela in fifth, which would bring with it a play-off against an Asian team.

Having begun their campaign with three wins and two draws, Uruguay have fallen apart, being thrashed by Colombia 4-0, Argentina 3-0 and Bolivia 4-1.

They travel to Venezuela knowing a defeat could leave them almost out of the running.

Chile host Bolivia, who are second bottom, and if they were to win and Uruguay lose, they would move eight points clear.

The final match on Tuesday sees Colombia host Peru, who are a point ahead of Uruguay.