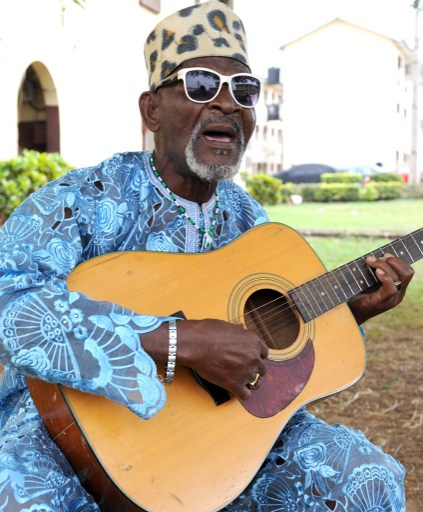 President Jonathan said he shared the grief of all lovers of music over the death of the illustrious entertainer, master singer, guitarist and exponent of the native thumb piano who continued to perform and exhibit his unqualified love for the music profession at an age when most of his contemporaries had long retired.

National leader, Action Congress of Nigeria, Asiwaju Bola Tinubu also described the death of Fatai Rolling Dollar as a colossal loss to both the Music industry and Nigerians.”

“He was in a class of his own. An exceptionally talented musician, Fatai Rolling Dollar was way ahead of his peers. He was a great musical talent, who churned out great music. The originality of his lyrics was such that they were never easily forgotten even as they resonated across different ages and societal strata.

Tinubu said the music meastro remains one of the wonders of the Nigerian music industry in the past century. “Like millions of followers, I mourn his passing away, but I celebrate a life of excellence and a brilliant musical career”.

“Fatai must be remembered as one of Nigeria’s musical icon, a musical historian of note and a master of his art whose music delighted millions for decades. Tinubu prayed for the wife and children to have the fortitude to bear their loss and God’s protection”, a statement by Tinubu said.

On his part, Lagos State Governor, Mr Babatunde Fashola (SAN) said the loss of the musical innovator would reverberate around the musical world and beyond.

In a condolence letter to Mrs Funmilayo Olagunju, the widow of the late musician, Governor Fashola said he was a first rate guitarist under whose tutelage several other musical legends learnt to play the instrument. ‘’Your husband was a musical innovator who made a great contribution to the profile of Nigerian Highlife music on the global stage,’’ he said.

According to the Governor, Rolling Dollar is assured of his place amongst the pantheon of Nigerian musical greats with hits like ‘Won Kere si Number Wa’ and ‘Saworo’ enduring in the memory of generations to come.

‘’Growing up in the 1960s and 1970s it was impossible to escape the presence of this iconic genius across Lagos. I am pleased and gratified that in the latter part of his life Lagos State was able to reacquaint itself once again with his singular talents,’’ he said.