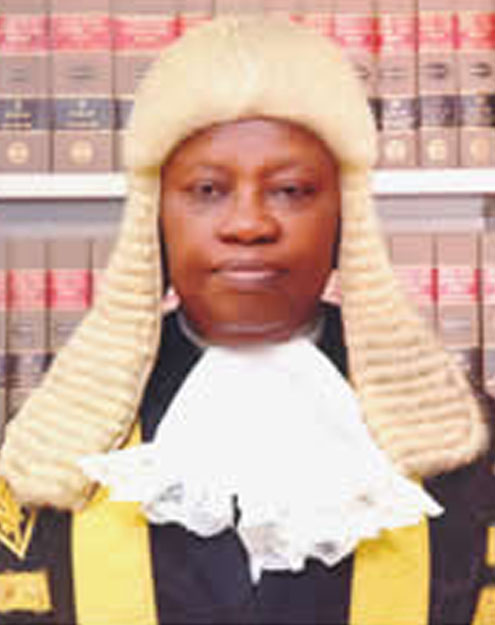 The National Judicial Council has reacted to the valedictory speech given by the retired Justice Okechukwu Okeke of the Federal High Court where he claimed that he was a victim of Judiciary’s injustice.

Justice Okeke had while delivering his valedictory speech at the Federal High Court in Lagos accused the NJC of issuing him a warning letter before retiring him because he granted an exparte order in favour of the Asset Management Company of Nigeria, AMCON, against the daughter of a justice of the Supreme Court in respect of a property at 5A George Street, Ikoyi, Lagos.

But responding to the allegation, the NJC in a statement signed by Soji Oye, Acting Director (Information), stated that the warning letter issued to him (Okeke) was not as a result of the exparte order he granted in respect of the matter.

Oye accused Justice Okeke of misleading members of the public into believing that the NJC issued him a warning letter based on the exparte order he gave in the Asset Management Company of Nigeria, AMCON, case.

He explained that the AMCON’s case was not considered at all when the NJC met on 24 and 25 April, 2013 where it was decided that Justice Okeke should be seriously warned.

The NJC spokesman disclosed that though a meticulous examination of the petition written against Justice Okeke and his response over the matter showed that the exparte order granted by him in favour of AMCON established a case of misconduct contrary to the Code of Conduct for Judicial Officers of the Federal Republic of Nigeria.

According to Oye, by the provision of Rule 2 (2) of the Code of Conduct for Judicial Officers of the Fedral Republic of Nigeria, “a judicial officer must avoid the abuse of the power of issuing interim injunctions, ex-parte.”

The NJC spokesman disclosed further that before Justice Okeke retired from the Federal High Court Bench, five different petitions were written against him and was queried by the NJC on each of them.