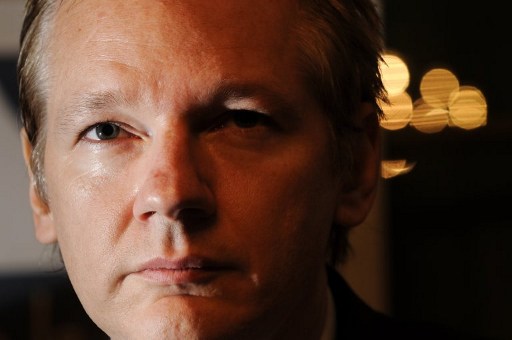 A year after seeking refuge at the Ecuadorian embassy in London, Julian Assange remains fearful of US “revenge” over the WikiLeaks disclosures and aware that the diplomatic deadlock over his case may continue for months, if not years.

“All I ask is to be treated like a normal person and not have the politics affect judicial decisions,” said the Australian ahead of the anniversary Wednesday of his confinement.

Assange was arrested in London on December 7, 2010, on a warrant issued by Sweden, where he is wanted for questioning for the alleged sexual assault of two women.

The 41-year-old denies the claims, which he says are motivated by the release of top-secret US documents by his WikiLeaks website.

He spent ten days in custody and then 590 days under virtual house arrest in the English countryside while he fought his extradition through the courts.

When he lost, he sensationally avoided deportation by seeking asylum at the Ecuadorian embassy. But Britain refuses to allow him safe passage out of the mission, so there he remains.

Today, Assange’s biggest fear is still his transfer to the United States, where he could face prosecution for the release by WikiLeaks of hundreds of thousands of secret diplomatic and military documents.

Even if Sweden dropped its case against him, he says would stay in the embassy to avoid being handed over to Washington, which he accuses of a “desire for revenge”.

“If I walked out of this door, I would be arrested. The strong view of my lawyers is that there is already a sealed indictment” against him approved by a grand jury, he said in an interview with AFP and several other reporters at the embassy.

“It is highly unlikely that Sweden or the UK will ever publicly say no to the US in this matter,” he said, adding: “We can see how political the case is, and the collapse of the rules of law.”

Although he would in theory have recourse to the International Court of Justice, “it could take years”.

When he first entered the small apartment near the fabled Harrods department store on June 19 last year, Assange thought he might be there “six months to two years”. He added: “I still think that now.”

The Australian is pale — a combination of natural pallor and a year spent indoors — takes long breaks between his sentences and often closes his eyes as he weighs how to answer a question.

But Ecuadorian Foreign Minister Ricardo Patino, who stayed up talking with Assange until 4.30am on a visit on Sunday, said he retained his appetite for a fight.

“He said he was strong enough to stay in our embassy for at least five years if he is not granted safe passage,” the minister said.

Patino spoke after a meeting on Monday with his British counterpart William Hague to try to resolve Assange’s situation, but they failed to reach a breakthrough, only promising to bring in more lawyers.

Patino said he hoped Assange “will not grow old and die in our embassy”.

The Australian himself said his case could be swiftly resolved but “this is a matter on which great prestige rests” — for Britain, the United States and Sweden.

He said there have been other situations like his, noting the Hungarian cardinal Jozsef Mindszenty, who spent 15 years in the US embassy in Budapest between 1956 and 1971.

Patino has described Assange’s situation as an “injustice” but said there was no question of resolving it by smuggling him out of the embassy in the boot of a car or through an underground tunnel.

“He is going to go out the front, to our country, to freedom,” he said.

While he waits, he takes comfort from the continuing work by WikiLeaks and “heroes” such as Edward Snowden, the former US spy who leaked details of a massive US Internet surveillance.

He noted London had warned airlines that Snowden should not be allowed into Britain. “Why? Presumably because it doesn’t want to end up with another Assange.”