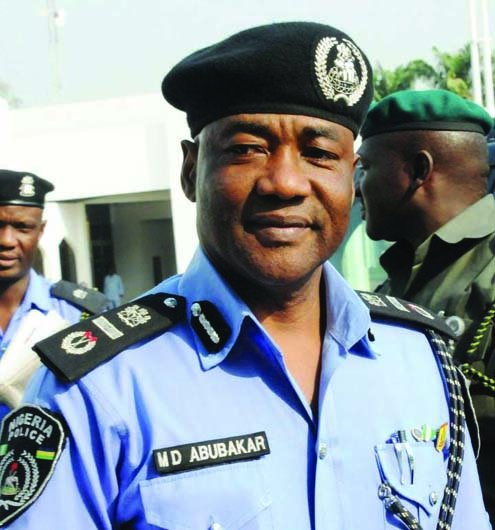 An armed gang has raided a village in Zamfara State, northwest Nigeria, and killed 48 people in an apparent reprisal attack targeting a local vigilante group, a state official said Wednesday.

The attack saw gunmen move house to house as well as take positions atop a hill and open fire, the official said. Houses were also burnt, but it was not clear how many.

“There was an attack by armed bandits early Tuesday on Kizara village where 48 residents were killed in apparent targeted killings by cattle rustlers that have been terrorising the state for some time now,” said Ibrahim Birnin-Magaji, commissioner for information in Zamfara State, where the remote village is located.

Dozens of gunmen arrived in the village before dawn on motorbikes, he told AFP.

“Some of them climbed up the hill overlooking the village and opened fire indiscriminately,” he said.

“They later moved house to house, telling residents that they were looking for members of local vigilante (groups) whom they said had been disturbing them.”

He said those killed included the Village Head, Alhaji Lawali Muhammad, the Chief Imam, Alhaji Usman Adamu, and his assistant.

The Commissioner of Police in Zamfara, Mr Usman Gwary, who visited the village under tight security, confirmed that 32 persons were killed while the villagers claimed that 58 persons lost their lives.

The police chief told newsmen that he had mobilised his men to search for the fleeing gunmen.

“The police from nearby Keta mobilised and engaged the bandits in a shootout, but they were overwhelmed by the gunmen’s superior firepower and were forced to retreat,” said Birnin-Magaji. The Chairman of Tsafe Local Government Council, Alhaji Aliyu Abubakar, also said the villagers had been living in fear since suspected men of the underworld sent a letter to the head of the vigilance group threatening to kill him.

Following the attack also, several residents of the village were seen fleeing the village for fear that the attackers would return to kill them.

Many villages in Nigeria form local vigilante groups to defend themselves against violent cattle rustlers or other criminal gangs, sometimes leading to a cycle of clashes and reprisal attacks.

Zamfara  has seen a number of such incidents.

There was so far no sign of any link to Islamist extremist group Boko Haram, which has been waging a deadly insurgency mainly in Nigeria’s northeast. Nigeria’s military is currently engaged in an offensive seeking to end Boko Haram’s four-year insurgency.

However, the raid is the latest sign of insecurity in Africa’s most populous nation and largest oil producer, where authorities have been largely unable to stop such violence.

The country includes some 250 ethnic groups and is roughly divided between a mainly Muslim north and predominately Christian south. Illegal weapons are widespread.

While such clashes in central Nigeria tend to involve ethnic tensions, they are more strictly criminal further north, with attackers and victims from the same ethnic group in certain cases.

“This trend of raids by bandits stealing cows and cash from villagers has become a serious menace which should be jointly tackled by the federal and state governments,” said Birnin-Magaji.