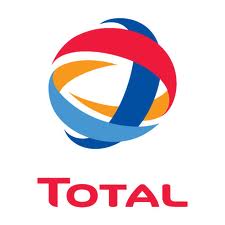 French oil giant Total on Friday said it would begin work on an oil field off the coast of Nigeria, in a rare expansion by a multi-national, which are increasingly parting with assets in Africa’s biggest crude producer.

Discovered in 2003, the Egina oil field lies 200 km beyond the shores of Port Harcourt, Nigeria’s oil industry hub, and 20 km from another Total operated field that is part of the same exploitation block.

The block, known as OML 130, is 24 percent owned by Total, with the rest split between Nigerian groups NNPC and Sapetro, China’s CNOOC and Petrobas of Brazil.

While the move has been long in the works, it bucks current trends by other multinationals that have been unloading assets.

Such sales have come amid uncertainty in the country’s oil industry, with a sweeping overhaul of regulations, royalties and taxes delayed for years and still stuck in parliament.

Oil theft and sabotage onshore have also had a major impact on production, and firms such as Shell, the country’s biggest producer, have increasingly shifted their focus offshore, where the risks of such incidents are lower.

Recent moves include US-based Chevron’s announcement earlier this month that it was selling its interest in at least two Nigerian oil blocks.

In November, Total itself announced the sale of its 20-percent stake in another Nigerian offshore block to China’s Sinopec for $2.5 billion.

Meanwhile in December, Nigerian firm Oando announced the purchase of ConocoPhillips’ interests in the country.

Despite those moves however, multinationals continue to have a major presence in Nigeria, with the country’s 37 billion barrels in reserves difficult to abandon.

Nigeria’s oil production dropped to 1.96 million barrels per day in May, a six-month low, according to the International Energy Agency.