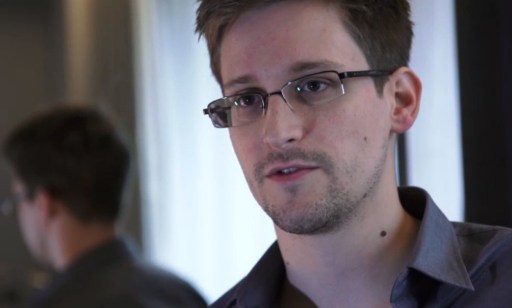 Edward Snowden: the whistle-blower, now in Russia as refugee

LONDON, June 22, 2013 (AFP) – Britain’s intelligence services are tapping cables that carry the world’s phone calls and Internet traffic and are gathering vast amounts of data, according to leaked documents from US ex-intelligence technician Ed Snowden, who faces spying charges in the United States.

The claims, published Saturday by The Guardian newspaper, sparked a fresh outcry from privacy campaigners and surfaced as the United States filed criminal charges against 30-year-old Snowden and asked Hong Kong — where he has fled to — to detain him.

In a sign of growing international tensions, Germany said Saturday that Europe would need Britain to clarify the latest allegations.

Justice Minister Sabine Leutheusser-Schnarrenberger, who made the comments, added that the accusations would be a “catastrophe” if they are true.

“The allegations against Great Britain sound like a nightmare out of Hollywood,” she said.

“European institutions should shed light on this immediately.”

A US justice department official meanwhile confirmed that a sealed criminal complaint has been lodged with a federal court in the US state of Virginia and a provisional arrest warrant has been issued.

The Guardian reported that Britain’s Government Communications Headquarters (GCHQ) has started processing vast amounts of personal information — including Facebook posts, emails, Internet histories and phonecalls — and is sharing it with its US partner the National Security Agency (NSA).

In reaction, however, GCHQ said it was “scrupulous” in its compliance with the law and declined to comment further.

The Guardian reported that GCHQ was able to tap into and store data from the cables for up to 30 days, under an operation codenamed Tempora.

“It’s not just a US problem. The UK has a huge dog in this fight,” Snowden told the newspaper.

Snowden, who fled to Hong Kong in May, has since proceeded to leak details of secret US intelligence programmes to international media outlets.

The Guardian claimed Tempora had been running for 18 months and GCHQ and the NSA were able to access vast quantities of communications between entirely innocent people.

It also said that the intelligence-gathering directly led to the arrest and jailing of a British terror cell, the arrests of others planning acts of terror, and three London-based people planning attacks prior to the city’s 2012 Olympic Games.

The Guardian said the documents it had seen showed that by last year, GCHQ was handling 600 million “telephone events” each day, had tapped more than 200 fibre-optic cables and was able to process data from at least 46 of them at a time.

The two main components of GCHQ’s surveillance programme are called “Mastering the Internet” and “Global Telecoms Exploitation”, the daily said, adding that the operations were all being carried out “without any form of public acknowledgement or debate”.

The Guardian added that it understood NSA staff and US private contractors had access to GCHQ databases.

Hong Kong officials remained tight-lipped on Saturday as to whether Snowden had been approached by the law enforcement authorities or was still a free man.

Police commissioner Andy Tsang told reporters it was “inconvenient” to disclose details of the case.

WikiLeaks founder Julian Assange said in a statement that the the charging of Snowden was “intended to intimidate any country that might be considering standing up for his rights.

“The effort to find asylum for Edward Snowden must be intensified,” said the Australian, who has now spent a year holed up in the Ecuadoran embassy in London.

“I’m pretty sad in a democracy when all that appears to be holding back the secret state is its physical and technological capability, and not its ethics or a tight interpretation and application of the law,” she told the BBC.

However, Malcolm Rifkind, the chairman of parliament’s intelligence and security committee, told the BBC that all agencies like GCHQ used the latest technology to gain intelligence.